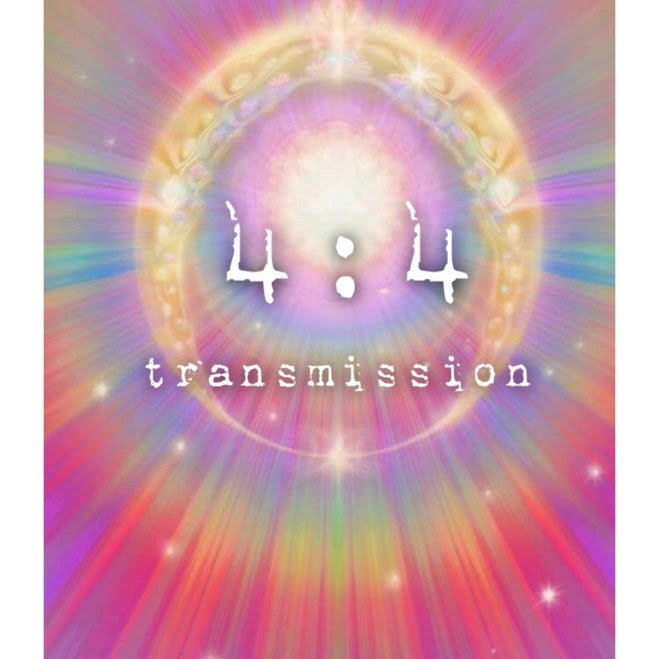 Dearest brothers and sisters, Greetings of the most high,

We come forward now on this Powerful day with time Important news to share to those of you who are vibrationally drawn to these words.

As we spoke about in our last ascension report, we are currently in the time period that will be remembered as “The changing of the guard”.

For many many thousands of years, the earth and humanity Have been under the rulership of extremely unimaginable evil, dark, and nefarious beings, that have sought to keep humanity profoundly enslaved, disempowered and spiritually asleep to their perpetual and eternal glory as mother-father Gods direct offspring.

These beings have been able to get away with these extreme atrocities due to their links with the highest echelons of political and governmental power in this world, that has made it impossible for the victims of these heinous crimes to come forward to share what has happened to them, as every part of the old system Was created to protect the abusers and ignore and shame the victims.

This is why “The changing of the guard” has been necessary. The old guard refers to the Satanic elite groups that controlled every single aspect of our society - from the mainstream media to all religions, to the education system. politics. And health care. There is absolutely no aspect of society where this evil has not reigned.

The New guard refers to the White Hat Earth alliance which is a global group which is partly comprised of ex-members or you could say awakened members of the Illuminati who split from them at the highest level of the pyramid- and joined forces with many galactic beings such as the Pleiadians, Arcturians, Tall whites and some fractions of the Nordic galactics who were part of the Galactic Federation of light.

These human beings that split off were part of the high-level military, and thus had access to extremely high-level secret information that the cabal had on humanity. With this information and the will to liberate humanity from the clutches of this evil force- these white hats joined what is now known as the Global Earth Alliance with many off-planet planetary elders who are part of the Galactic Federation of light.

For many years the Earth alliance has been preparing to take back the Earth from the evil forces who have perpetually been creating evil plans to harm and enslave humanity.

The covid-19 pandemic was originally created by the black hat Illuminati fractions who wished to harm humanity using extremely advanced biological warfare, however, their nefarious plans were halted by the white hats who already had access to the project looking glass technology which was reversed engineered from the Roswell crash in 1947.

With this technology, the white hats were able to time travel to see clearly the plans the elite had to destroy the world, and indeed they saw the timeline of the release of this virus, then with all of this information they were able to create a counter-coup to masterfully utilise this time to go out there and begin the process of arresting and un-sealing the 500,000+ indictments pertaining to rounding up and arresting truly the evilest child sacrificing human beings on this earth

This pandemic has proven to be highly effective for the white hat earth alliance whose sole priority is the protection of humanity at all times, and they were able to utilise with the fear porn put out by the mainstream media to ensure that everybody stays inside their homes now at this time, as all of these evil people are being rounded up for military trials - with most of them being sent to Gitmo to live out their remaining days in a governmental Concentration camp, where they will be able to reflect on the heinous crimes they perpetuated to the most vulnerable beings in the universe human children who have been stolen from their families or who were part of the foster care system.

Please know that it is a very sad thing to have to write and speak about these atrocities in these sacred writings, but it is absolutely imperative that everybody who is vibrationally drawn to these words understands the higher perspective of what is occurring right now and it is imperative that everybody becomes empowered researchers. Gone are the days where we are spoonfed information from the mainstream media or in fact any individual person. Now is the time that we must all go out and research for ourselves what has been going on in our world with regards to human and child trafficking and child Satanic sexual abuse. (which is what this whole time is about- ridding our world of this evil)

Very soon this pandemic will be over and the world will be freed of all darkness that has sought to harm children. It is absolutely impossible for this realm, for this planet to ascend to the fifth dimension whilst horrific crimes to children are taking place, and this is why I Jen I’m devoting all of my time to waking up the masses to prepare them for the great reveal which is imminently aligning on our current timeline, which refers to the white hats taking over all emergency broadcasts to once and for all reveal to the whole of humanity what the powers that “where” were allowed to take place to children.

For the first time in modern history, the world has been taken over by the White Hat military alliance that is comprised of high-level galactic beings hand-picked in hand-chosen to fulfil these monumental roles at these times.

The Pandemic will be over soon, and GESARA will be released for all beings and this will Herald the beginning of A new world FOR ALL- of health, Wealth, happiness, freedom and safety for all children.

Without a doubt the most important and powerful thing that we can all do in these monumental times it’s come together in our global Ascension groups on powerful important numerological portal dates. The greatest threat to the old powers that were is unified humanity. One person's consciousness is all-powerful in its AWAKENED state, and when one or more gather in alignment with Gods will this activate all of the powers of the universe.

We are all being called to come together on the 4.4 portal dates in order to support the White Hat earth alliance in their final cleanup operation, and offer essential groundcrew support in the implementation of the GESARA timeline.

We will also be working with the fifth-dimensional timeline whereby all off-planet technology has been instantly and immediately returned and restored back to humanity, and we will be working with the collective unified intention that all children that have been rescued from trafficking and horrific abuse get primary and immediate access to these miraculous celestial Chambers.

There is more that will be revealed in due course with regard to the 4.4 transmission and please see below for full details on how to book.

It is absolutely imperative that star beings stay calm right now whilst keeping our awareness on the bigger picture at play, knowing that this changing of the guard is absolutely necessary and is everything that we the awakened ones have been praying for.

There are many in your families and communities who will be experiencing fear due to the mainstream media's narrative about the virus. Please let them know that all is well and that humanity is safe now this is all part of Gods great plan to birth the golden age, and all of the players of the white hat earth alliance team are working on behalf of our highest benevolent creator Mother Father God, heralding the end of darkness and evil on this earth.

in eternal love and light jenji in the white wolf tribe

In this transmission, we are all being called to come together in order to support the White Hat earth alliance in their final cleanup operation, of all the DUMBS and offer essential groundcrew support in the implementation of the GESARA timeline.

We will also be working with the fifth-dimensional timeline whereby all off-planet technology has been instantly and immediately returned and restored back to humanity, and we will be working with the collective unified intention that all children that have been rescued from trafficking and horrific abuse get primary and immediate access to these miraculous celestial Chambers.

This is, without doubt, the most important work spirit Has ever guided me to do as we are In the time of the Great Storm.

There are no words that can adequately express how essential it is that the ground crew Step forward now to ground their energy on their grid points in order to offer our earthly and galactic Alliance brothers and sisters the long-awaited and prophesized support that we all promised we would send at this time in order to insure the Swiftly implementation of the new earth timeline that is currently aligning as we speak.

here is the link to book

Drekx Omega commented on the blog post 'Barack Hussein Obama is a Puppet of the Dark Cabal and NOTHING MORE....He Does Not Serve Within the GFL nor Planetary Hierarchy'
"As I write this, Barry has just been wheeled-out, to make a 'virtual townhall' commentary…"
12 hours ago

Drekx Omega commented on the blog post 'Barack Hussein Obama is a Puppet of the Dark Cabal and NOTHING MORE....He Does Not Serve Within the GFL nor Planetary Hierarchy'
"Back in 2012 I gave warnings that were ignored by several of Obama's fans on…"
12 hours ago

Drekx Omega commented on the blog post 'Barack Hussein Obama is a Puppet of the Dark Cabal and NOTHING MORE....He Does Not Serve Within the GFL nor Planetary Hierarchy'
"FUTURE PROVES PAST: 2020 OBAMAGATE COMING TO A THEATRE NEAR YOU>>>"
13 hours ago

Carolin Radcliff commented on the blog post 'THE PATRIOTS LAID THE TRAP, (DS) TOOK THE BAIT, UNITY IS GROWING (VIDEO)'
"Lol, it's all part of the Grand Show, to wake humanity up!"
13 hours ago

Drekx Omega commented on the blog post 'Message of Calming To American Voters and The US Republic'
"US Senate hearing into operation "Crossfire Hurricane" is now in process....KEEP…"
16 hours ago