Thanks to Suzi on Patreon

If anyone comes across a credible-sounding fact check of Donald Trump’s performance in the debate, I’d be pleased to post it.

I don’t know who the Hayride is. The article sounds factually correct to me, but what they do with the facts is partisan.

Reader discretion is advised. Please pass by this post if you’re focused on Ascension.

The reviews we’ve seen of last night’s debate seem to suggest that President Trump got the better of Joe Biden by a handy margin, and that’s more or less what we saw. We thought Trump missed a couple of opportunities here and there, particularly for example when the topic was race and Biden was attempting to wriggle off the hook on the 1994 crime bill – we were thinking that if Trump had brought up Biden’s old “racial jungle” statement it could have burned him to the ground.

And on substance, we’re pretty sure that Biden committed a grave, perhaps fatal error toward the end when he declared war on oil and gas. As this morning’s American Spectator column by yours truly notes, Biden’s classic gaffe – defined as accidentally telling the truth – in which he admitted he would “transition” America away from oil almost assuredly will resonate in a bad way in a bunch of swing states (and maybe some which aren’t). It seems hard to imagine he can win Pennsylvania or Ohio after having said that, it’s certainly the end of any chance he had to make Texas competitive, and Trump might now have a shot at pulling out New Mexico and Colorado now that Biden has signaled the end of the economic future for the millions of Americans working in oil and gas.

And that admission came after Biden had already gotten into a back-and-forth with Trump on fracking, in which he denied he was for ending it and challenged Trump to prove the accusation he had. Trump, incredulous, said “You said it on tape!” Biden told him to play the tape, which is why this happened. …

No less than 32 times did Biden say things which were patently, provably, obviously untrue. The Trump campaign catalogued them all and when we checked through the list we didn’t see any omissions.

So here were the 32, in around 48 minutes of talking. It wasn’t exactly a lie a minute, but it was pretty close.

BIDEN: “[President Trump] did virtually nothing” to combat the coronavirus.

FACT: President Trump took action beginning in January to combat the coronavirus and his Administration has led an unprecedented response to protect American lives.

BIDEN: “And there’s no prospect that there’s going to be a vaccine available for the majority of the American people before the middle of next year.”

FACT: Both the CDC and Dr. Fauci have said a vaccine is possible before the end of 2020.

BIDEN: “I don’t understand why this president is unwilling to take on Putin when he’s actually paying bounties to kill American soldiers in Afghanistan.”

FACT: Top military and intelligence officials have strongly emphasized that the reporting of bounties is completely unproven.

BIDEN: “They’re interfering with American sovereignty and to the best of my knowledge I don’t think the president has said anything to Putin about it.”

FACT: The Obama-Biden Administration’s Secretary of Defense Robert Gates said no one has been tougher on Russia than the Trump Administration.

BIDEN: “[President Trump] has a secret bank account with China.”

FACT: The bank account is neither secret nor President Trump’s.

BIDEN: “When last time he said what he paid he said ‘I only paid that little because I’m smart. I know how to game the system.’”

​BIDEN: “My son has not made money in terms of this thing about — what are you talking about – China.”

BIDEN: “What I’d make China do is play by the international rules.”​

FACT: Biden has a history of being soft on China.

BIDEN: “There’s no way he can protect pre-existing conditions, none, zero.”

FACT: President Trump has fought and vowed to protect Americans with pre-existing conditions.

BIDEN: “Not one single person with private insurance would lose their insurance under my plan.”

FACT: Biden’s government-run health plan would crowd out the private insurance that Americans rely on, and Biden broke the same promise when he was Vice President.

FACT: President Trump released an infrastructure plan more than two years ago, and has repeatedly called on Congress to invest trillions in our infrastructure and included proposals in his budget to do just that.

BIDEN: “Not one single person with private insurance would lose their insurance under my plan nor did they under Obamacare.”

BIDEN: “[President Trump] hasn’t done a thing for anybody on health care. Not a thing.”

FACT: This is completely false. President Trump has fought ensure the American people have access to affordable, world class healthcare.

FACT: This attack from Biden is false and has previously been debunked by fact checkers. The President’s payroll tax deferral will not harm Social Security.

BIDEN: “This is the guy who’s tried to cut Medicare.”

BIDEN: “Where I come from in Scranton and Claymont, the people don’t live off of the stock market.”

FACT: A majority of the American people own stock either directly or indirectly, meaning they are helped by a stronger stock market.

BIDEN: “But these guys will not help them, not giving them any of the [PPP] money.”

BIDEN: “We did not separate [families at the border]”

FACT: The Obama-Biden Administration separated families at the border.

BIDEN: “You know my daughter is a social worker.”

FACT: Ashley Biden has not been a social worker for more than 8 years.

FACT:  The Director of National Intelligence, Department of Justice, and FBI all agree that Hunter Biden’s laptop is not part of a foreign disinformation campaign.

BIDEN: “38,000 prisoners were released from federal prison. We had — there were over 1,000 people who were given clemency.”

FACT: Biden is off by nearly a factor of 20; less than 2,000 petitions for pardons and commutations were approved under the Obama-Biden administration.

BIDEN: “We had a Republican congress. That’s the answer.”

FACT: The Democratic Party had full control of both houses of Congress during the first two years of the Obama-Biden Administration, yet they failed to pass criminal justice reform.

BIDEN: “Four more years of this man eliminating all the regulations that were put in by us to clean up the climate, to clean up, to limit the emissions will put us in a position where we’re going to be in real trouble.”

FACT:  President Trump has taken action to preserve our climate and ensure that every American has access to the most pristine water and the cleanest air.

BIDEN: “And right now, by the way, Wall Street firm (Moody’s) has indicated that my plan, my plan will in fact create 18.6 million jobs, 7 million more than his.”

FACT: The outfit Biden cited – Moody’s – has a history of drastically underestimating the positive effects of President Trump’s economic policies.

BIDEN: “I have never said I oppose fracking.”

FACT: Biden has repeatedly expressed his support for banning fracking, wiping out fracking jobs, and eliminating the fossil fuel industry.

BIDEN: “The guy who got in trouble in Ukraine was this guy trying to bribe the Ukrainian government to say something negative about me.”

FACT:  There is no evidence President Trump pressured the Ukrainian government to investigate Joe Biden for the purpose of benefiting him in the 2020 election.

BIDEN: “My response is he is xenophobic, but not because he shut down access from China…”

WELKER: “There have been questions about the work your son has done in China and for a Ukrainian energy company when you were Vice President. In retrospect, was anything about those relationships inappropriate or unethical?”

BIDEN: “Nothing was unethical.”

FACT: Multiple State Department officials expressed alarm about Hunter Biden’s job with Burisma and the potential for a conflict-of-interest.

FACT: The trade deficit with China is falling and “fell sharply” in 2019. 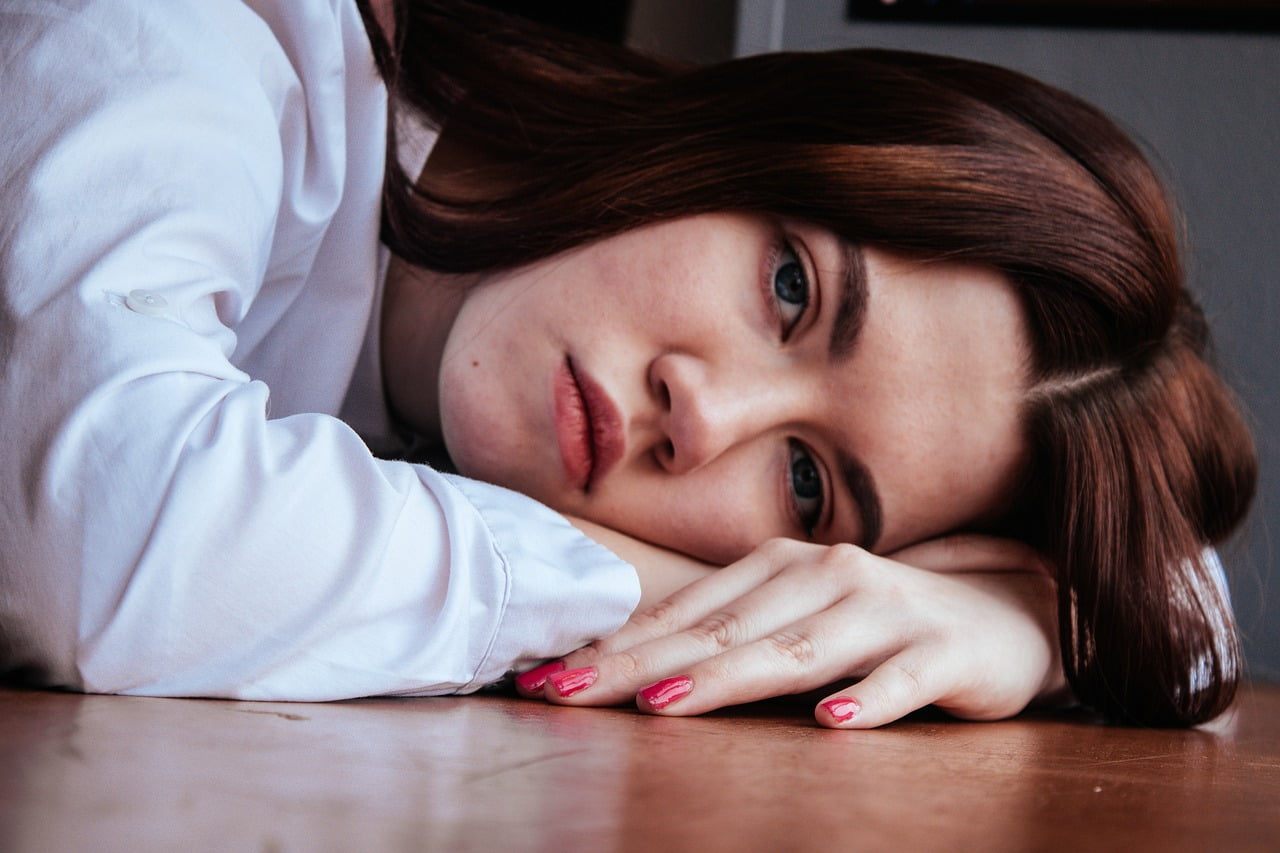 "Drug companies will have a vaccine in 2021 and it be mandatory."

"its getting worse in Canada and we'll probably get the worse blizzard storm in Canada and the U.S and the food banks are worse than the Great Depression." 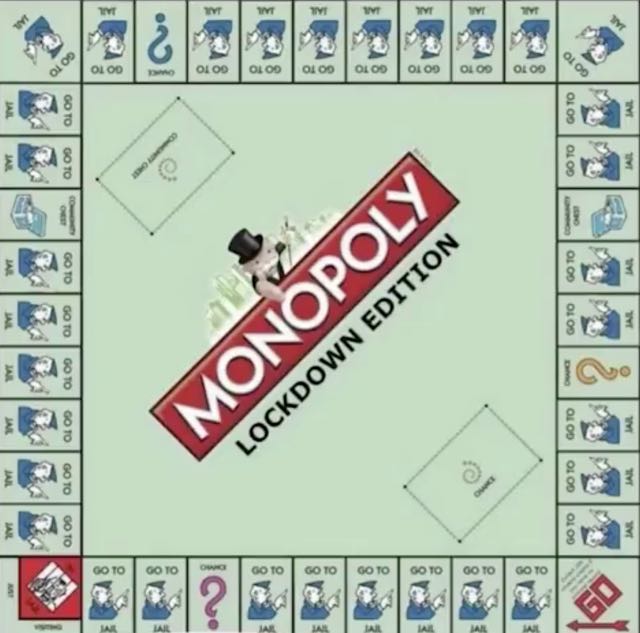 éqññMonopoly Men (Federal Reserve Fraud) (1999)The Federal Reserve, or the Fed as it is lovingly called, may be one of the most mysterious entities in modern American government. Created during Wilson’s presidency to protect the economy in times of…
See More

"during his life as a “conspiracy theorist,” “Holocaust Denier” and “a one-man organization of hate” Mullins not only foresaw the COVID19 pandemic scam, he exposed the globalist banking swindle"

"Below we provide the first chapter of ‘Murder By Injection‘ to allow readers to assess for themselves the validity of his claims about the Medical Monopoly, the ‘big’ names you know like Rockefeller, JP Morgan, Rothchilds, etc. and how Big Pharma…"
More…
Loading ...