Meet the New King of England, Joseph Gregory Hallett; believe it or not: Waki Waki light-warriors

Meet the New King of England

We like to take frequent walks on the wild side, and this topic has been on the WWW for awhile now. I never took it seriously because it sounds like something out of the Examiner where women give birth to aliens or platypus, or something.

It's another "unmasking" that, if true, would affect most of us. It's shocking to me that after all that has happened at the hands of "royals", the aristocracy, the "elite", nobility and bloodlines, that anyone would flounce onto the world stage and announce they are the rightful king of jolly olde England---but it's happening---and some are overjoyed!

It's the sort of thing we expect from the cabal, in my opinion. Why would any Brit who understands what has happened on this planet want a king to waltz in and take over? Do the good people of the UK even want a monarchy? Aren't we fighting for the fair redistribution of wealth?

Haven't they had enough bowing and scraping to things wearing crowns; enough starving while the richest woman in the world and her family drive around in their gilt carriages, live in castles and lavish estates guarded by armies in red jackets and busbies, and jet-set around on obscenely opulent yachts and airplanes? Wouldn't they like to now choose their own fair representation?

What do you think about this news---knowing that actors have been running the world for friggin' ever? And if there is a new King of England, does that mean that Canada, New Zealand, Australia, etc. are going be part of a newly reformed commonwealth? How did that work for us?

Is this what our British cousins want? Is Joseph Gregory Hallett the real deal? Do we, in Canada and the other (former) commonwealth nations agree to this? Have we learned nothing?

Haven't we had enough of titles, pomp and circumstance? I must say it cheapens it by "leaking" it out on the Internet. It comes across as a crazy conspiracy theory; a cabal trick to see who's naive enough to believe it.

Do we want to go backward to the old ways? Does "royalty" have a place in our new, free society? I thought we are all created equal. I don't want to address anyone as "your highness" or "your excellency" because they're neither.

We don't need a "king" to redistribute the wealth and enact NESARA, do we? If this is true they'd better have a helluva good business plan to sell it to me. I don't have a good feeling about it at all.

Joe, or "Angela"... I'm shaking my head. We already know the "British monarchy" are imposters. Lock them up!

He says Queen Lizzie went into hiding (due to CV) and Trump took over the British Empire until Joe moves in; that Joe owns everything the Vatican does, and he's the owner of the world. He's waiting for the paint smell to go away so he can drive through in his carriage and just wave, he says.

It will be very interesting to see where this goes, particularly considering this researcher references the "white rabbit". You read that right.

And he closed off with one of these. I kid you not. 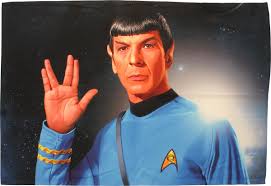 Meet the New King of England

I thought I would update this a bit, It seems that this info is true. I now have posted two more people who have been posting on this info, Ben fulford says its true as well as David X22 report both of them I have posted here on this site in the 1st wk of June. They also agreed that Joe G Hallett is indeed the rightful king of England and he is a Trump supporter and is working with Trump. What is he going to do with the crown ?, probably make it a figure-head and nothing more or use this power to change and save England from the Deep State, who knows.Only-time will tell. We are all one, We are Won, Love is One. Adonai

This is the 2nd vid, I saw the 1st one about 1 year ago or more. It was done very professionally and very serious. Half was done in England and the other half in Australia where this man Joe Hallet was traced down and where he had moved to in early stage of his life. At that time he said he was not interested in regaining his due title as king of England, I guess he changed his mind, maybe Trump had something to do with it, but now he seems not so serious, smiling and joking a lot, making us wonder if all of this is true or not, if so it could be a major change for England and the rest of the common wealth , which Belize is still a part of. It could be what England needed to get out of the forced Vaccines,huh. Love is one, We are Won. Adonai