Zero Point : Volume I - Messages From The Past - FULL MOVIE

Zero Point: Volume I - Messages from the Past. A full length independent documentary from Vivid Pictures. This is the first volume of a 2-3 part series due out this year. Volume I - Messages from the Past features Graham Hancock, David Wilcock, Terrence McKenna and more, the film focuses on a hidden episode in human history, unlocking the secrets of the Precession of the…

The 12 Laws of Karma...HIGHLY RECOMMEND

THE 12 LAWS OF KARMA


As you sow, so shall you reap.
This is also known as the Law of Cause and Effect.
Whatever we put out in the Universe
is what comes back to us.
If what we want is Happiness, Peace, Friendship, Love...
Then we should BE Happy, Peaceful, Loving, a Friend.

The Lemurian Seed Crystals will be attracted to people who can actively assist in anchoring the energies that will aid the planet in these times. They have not yet been fully activated but are helping to set a strong foundation for the original blueprint of love flourishing throughout creation. As we grow in awareness of the primal unity of all things and open our hearts, more the Lemurian Seed Crystal transmission will permeate.

A Wonderful site covering information about The… Continue

Edmund Harold in his excellent book, 'Crystal Healing', wrote: "During the Atlantean period it was the priesthood who pioneered the development of crystal…

A short video introduction to Allfaaraa, an Angel of God, member of the 144,000, who is here to spread the word and awaken the other angel humans

A short video introduction to Allfaaraa, an Angel of God, member of the 144,000, who is here to spread the word…

This is a world premier these channeled images of RA have never been released before thus in our hearts we feel it is time for some Arcturian activation Revelation for all we love so dearly. Blessings Arcturus…

(¯`•♥Some people come into our lives through strange coincidences.
Their presence seems mysterious, but they are here for a reason.
We don't always understand where they come from or why they manifest in our life.
Let us be thankful for the angels in our life ♥*•¯)…

Dole Fruit is the largest company in the world selling fresh fruit and vegetables.

CEO David Murdock has made Dole the leader in promoting better health through nature's diet.

CHAKRINI DEVI DASI ...A Great Spiritual Singer who sings with intense devotion to Krishna..SONGS OF THE SOUL

Chakrini Devi Dasi is a very relented devotee of Krishna and at a very young age started singing songs for Krishna.

HER WONDERFUL VOICE PENETRATES YOUR SOUL AND YOU FEEL LIKE AN INNER AWAKENING.

I know her as a friend and i like her heart/soul penetrating songs very much....THESE…

The ‘ Stone of Love & Light’, bringing forth a joining of energy within and all around, that of Love and that of Light...HIGHLY RECOMMEND 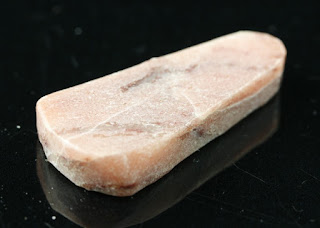 The ‘ Stone of Love & Light’,
bringing forth a joining of energy within and all around, that of Love and that
of Light.

Devi Prayer - Hymn to the Divine Mother...ONE OF THE MOST POWERFUL PRAYER TO THE DIVINE MOTHER

Many have wondered who the Divine Mother is, yet she is part of all spiritual traditions as a Presence. This video was created as a communication of her…

Finding her calling in healing animals - Els Basten, the Netherlands

Els Basten is a writer and has her own practice for Health and Personal Development in Venray, the Netherlands. She works with animals for many years and has clients all over the world. Currently she works on her second book, that will be entirely devoted to her work with animals.

Gregg Braden - The Language of the Divine Matrix...Video...Part 1 and 2...HIGHLY RECOMMEND

UFO: Miracle Of The Unknown

UFO Contact From the Pleiades - Wendelle Stevens and Billy Meier

Wendelle Stevens lived at the Billy Meier compound in the 1980s and was present when the Pope was murdered in the Vatican. He was told by Billy that Samjase showed Billy the murder on a video screen and Wendelle didn't believe him. Billy said the next Pope will survive only 33 days and he…

Pet Rock commented on the blog post 'It's Time'
"would it be wicked to say 'this is going to be fun' ?"
8 minutes ago