I think this is interesting to watch, because this man spread his Love by Sharing his views
and experiences. Were all a part of the awakening energy, and Sheldan is doing his thing.
I really appreaciate that! We all contribute by Being Ourselves and follow our Joy! Humbleness* /Ben-Arion

The Cosmic Plan By Fernando Gomez 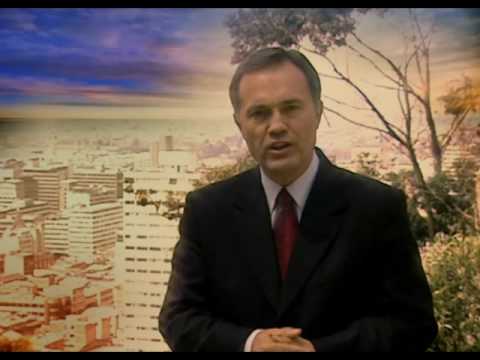 Here is one channelled through Natalie who is so gifted and a very bright light worker. ACTUALLY SHE IS AN eXTRATERRESTRIAL AS SHE HAS TOLD ME THIS IN HE E-MAIL. Weekly Channelled Message – by Natalie Glasson

The result of allowing a tree to speak :

I am a tree spirit, I am named Timothy, I stand with my physical roots in the soil, my spirit roots or energy stems further,…

The Bible talks about "false gods." What is a false god?

If God is omnipresent, what could be called a false God? God is present in name, in fame, in money. The Bhagavad Gita says wherever people glorify a thing, I am there. What would be a false God then?… Continue

Hatton of the Galactic Federation

Good day dear ones of the Light. I am Hatonn, and I come to you this day to share something with you. It is a time for all of you to see what it is that is shining from within and what it takes to spread that glow around the globe in one simple thought. All you need do is to have a thought that shines through and through with the inner glow and you have healed mountains, cleaned rivers, and cured all kinds of disease.

There is nothing in this… Continue

On July 17th and 18th, we experience yet another Divine unprecedented activity of Light, The Conscious Convergence, and a wave of Unity Consciousness. According to the ancient Maya, the creation of the universe is affected by nine waves, and the ninth wave will bring about…

As humanity prepares itself to return to Reality, by awakening into its natural state of full consciousness, there is great joy and excited anticipation in the spiritual realms, as we see you all stirring in your sleep.

The pandoras box of all universal time of history past over centuries to the present day in my theory has opened up as one, like a pop up book no longer seperated as we know it by days of the week, and years etc of centuries as we have up until now known...divide has closed....which is why the talks maybe on the mayan calander and 2012 etc...the skeletons of all life in essence is awake and not seperated by what we term as death or years....with sayings such as we are safe it etc that was in… Continue Hello, galactic crews on Earth.
I want to send you this message with hope for future from Japan.

I introducedSteve Beckow's suggestion "World Disclosure Day " to Japan in my blog,http://blog.goo.ne.jp/flatheat/e/5e5138428ef5ef526bd33a34ec0e8c36 and got message from GFL through Japanese channeler. They said, " This idea was inspired…

How to Be Happy in Your World

Transformation: How to Be Happy in Your World

The questions are purposely intermixed. Most people minds can be led down a particular path… Continue

Humans have learned more from stones & crystals than I dare explore here. What I would like to discuss is the benefits of a stone ritual I call Stone… Continue We are here to assist you. We are here to help lead you through. You SHALL KNOW US as you dream of knowing us. For your
dreams are your future reality.

http://sbeckow.wordpress.com/2010/07/13/welcome-to-new-readers/#more-9950 I just wanted to post the site from Steve. He is a lightworker and has an excellent website. I am not affiliated with the site but I thought some of you may enjoy it.

An Urgent Message from Saint Germain - The Battle for Your Mind !

An Urgent Message from Saint Germain - The Battle for Your Mind ! .

Am Beloved Master Teacher Saint Germain, and I come today with a message of Awakening.

This is an important time on earth, for She is in her final stages of labor… She is getting ready to “push,” and with Her pushing will come the death of the old world and the birth of the new World. We wish for You to look upon what is happening in this way, for perhaps it will not…

Recently, Neurophysicists have been astonished to discover that the Heart is more an organ of intelligence, than (merely) the bodies' main pumping station. More than half of the Heart is actually composed of neurons of the very same nature as those that make up the cerebral system. Joseph Chilton-Pearce, author of The Biology of Transcendence, calls it "the major biological apparatus within us and the seat of our greatest intelligence."

The Heart is also the source of the… Continue

Carolin Radcliff commented on the blog post 'OUTPOURING OF LIGHT, SEVEN SACRED WEEKS, ARCHANGEL METATRON'
"So be it and so it is!"
3 hours ago

Black people are the ones who claim the most about racialism ...BUT THE REAL REASON MOST PEOPLE ARE…See More
7 hours ago
0 Comments 0 Likes