Ripples Continue to be Felt 2012 December 31 by Steve Beckow The ripples from the apparent non-eventuation of 21/12/12 continue to be felt across the lightworker community.
Some are turning aside from channeled messages.
Some are re-assessing their roles after seeing that we’re not in the Fifth Dimension and therefore facing an unknown period of time continuing to make ends meet on the Third…

Message from the Magical Kingdom ~The Unicorns~ By Méline Lafont December 31, 2012 The most magical world of the Fairies and the Unicorns greets you all in their midst. We are the ones that are described in length to your beloved children at bedtime telling of a fairy tale world which you all dream of and yearn for to come into existence. Well now we have become your reality for we, the Unicorns, the Fairies, the Trolls and the Elves all belong to… * Message from the Lakota Ancestors, through Seashell Moon Woman, Stillness and movement…

This morning I woke up with my heart being a wildly productive area of creativity. It was like a golden ball of radiating light, unlimited love, radiating from my heart! My heart was like a sun. When I realised what was…

Hi, I am Terence Lee here sending my message to all people in this earth particularly the lightworkers in this very occasion.

December 21st passed by quickly and here it is a beautiful and powerful sunshine I enjoyed. I also felt stronger energies surrounding me and engulfing me within. Nothing significant is happening here.

However, one thing I am happy and satisfied about this date is there is no catastrophic event as alleged by theories of the scientists, numerous shamanic… Channeling on the apparent state of  Spiritual Emergency your planet has existed in as it is the Source Soul's radical realignment with Absolute Pure Source Energy.

Message from Our God Self ~ The Intrinsic Search for Betterment ~ Ute ~ December 27th, 2012 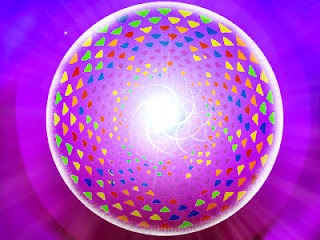 HEALING THE CHILD WITHIN The cry we hear from deep in our hearts, says Thich Nhat Hanh, comes from the wounded child within. Healing this inner child’s pain will transform negative emotions. In each of us, there is a young, suffering child. We have all had times of difficulty as children and many of us have experienced trauma. To protect… *~* At the Divine Lotus Feet of Bhagavan Sri Sathya Sai Baba *~* “Lesser affections diminish with separation; greater ones are enhanced with it. The wind that blows out a candle flame also fans a forest fire!” *~* THE JOY of RESURRECTION *~* The crowning hair swinging gently with the wafting breeze strokes a divine romance in the… Dear ones we are the High Council of Orion and we come to further guide and support as many of you now move into a new level of consciousness and give a farewell to the old 3D earth energies. Vast changes are…

Message from The Arcturian Group, December 30. DECEMBER 30, 2012 Greetings to all who are drawn to the Arcturian messages for we welcome you with great love and light, dear ones. We see your disappointment that all did not change on the day you had determined was to be a day of much manifestation.

You must realize however, that much of what you expected was of your own creation. Many of the predictions… 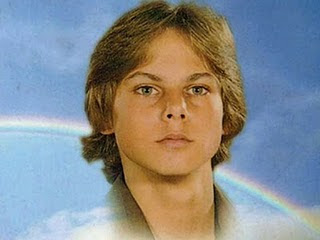 The Degradation Of Man !!

When man was strong, he used word,

When he became weak, he used sword,

When he became weaker, he used gun,

When he became the weakest, he used the nuclear weapon.

**** Salutations to the shoes of my Guru…

Who make a request;

Who welcome a guest;

Whose minds are at rest;…

Carolin Radcliff commented on the blog post 'THE MAINSTREAM MEDIA IN AUSTRALIA IS ON THE SIDE OF THE PEOPLE...AMAZING!!!!'
"I have the feeling, that somehow all of this will just dissolve. Pray for divine intervention in…"
2 hours ago

Carolin Radcliff commented on the blog post 'THE MAINSTREAM MEDIA IN AUSTRALIA IS ON THE SIDE OF THE PEOPLE...AMAZING!!!!'
"Woohoo! A truth warrior! Time for Australians to vote all of these knuckle heads out of office, as…"
2 hours ago

Carolin Radcliff commented on the blog post 'NEW BANKING SCANDAL HITS'
"Amen to that!!"
5 hours ago