I CRY BECAUSE THE WORLD IS IMPERFECT-BECAUSE HUMANITY DOESN'T DESCRIBE THE HUMAN RACE- BECAUSE COMPASSION IS A COMMODITY, NOT A STATE OF MIND- I CRY BECAUSE WAR LEAVES SCARS ON THE FACES OF OUR POPULATION, DEMOLISHES HOMES, STEALS LIVES - I CRY BECAUSE MY COUNTRY IS SO DIVERS IN CULTURES, YET RESPECTS NONE- I CRY BECAUSE OUR CHILDREN ARE ABUSED, LEFT ALONE , STARVED, RAPED- BECAUSE WE HAVE BECOME INDIFFERENT TO THEIR SUFFERING.

I CRY BECAUSE THIS IS  LIFE.

Carmen has a nice couple of tracks to share here, and if dont know the Artist, HE is a rather adamant Christian singer who has been around for awhile. He is very strong believe in Christianity and his faith cannot be moved. He proves this in two of his tracks that may help those trying to share the LOVE and LIGHT needed for the coming Ascention and future Interaction with our ET friends.

Language of the soul-Global Perception Shift

The divine message is all-pervading as sound and light are in a given  space. The  pulsing waves of this vibrational message is  uniquely connected to the sun, a musical  vibration talking to the  soul, in one sense. In another, it ushers forth as a flaming sword of  Truth. Rendering the dark ones powerless, making their words  fill them  instantly, like a big foot in the mouth. And, at the same time opening channels  of Love and creativity in consciousness. As we grow and learn deeper, we…

The Hathors of Earths Solar Astral Planes: Purer Light Energies, Instated Veils and Barriers and the Expansion of Humanities' Perception ~ via Wes Annac Note: In this message, references are made by the Hathors to ‘spectacular displays in [our] skies’.

How Can The Lightworkers

Convince anyone of the coming events when noone is speaking as one.

tactics of the Galactics..

Yes i know i sound like a petulant child waiting for sweets but the fact remains our task is made much harder by your actions..

even saying the 21st December will reveal nothing but the start of a transition..

''THE EVENT'' ILLUMINATI AND BAD VACCINES AND DC-PLAGUES

But most important is the plans of the DC to destroy us all. This shocking news should shake and awaken the world of the deadly game the DC-SSG is playing and soon put a complete halt to it. But unfortunately many millions of lives will already be lost by that time. It’s my belief that those lives are not lost in vain, that is people will then learn and know that it is the bad (deadly) vaccines that are killing the people and not… 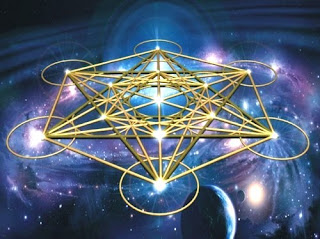 cobra says no disclosure this month

I dont know who to believe cobra says no, salusa and others comfirm august 4th what do you think??

We all have our own path, my path may or may not be your path, just as anyone elses. When you want to "reinvent" yourself, change careers, change your wardrobe, or change your path, You look around, see something you like or that "resonates" with you and try it out. Sometimes, that career really doesn't match your talents, frustration can set in. The clothes that were just so chic or sexy or really "spoke" to you...aren't a good fit. It's the same with our paths. Someone elses path may or…

Prof Hirose: Crystal Forest at the center of the Earth:)

These crystals may be 10 kilometers tall!! pointing towards the North Pole!

The 13 bloodlines of the Illuminati, real Jesuits, and 3 Popes

It will take a minute to wrap one's brain around the true history of (in)humanity, the real powers that were, once upon a time..

For further research, google Pepe Orsini and Henry Breakspear. As sinister as it may have been, the truth will set us free!

The above is just a…

SaLuSa,Mike Quinsey" July 30, 2012 (Exciting week Ahead of us!!!) President Obama’s Birthday August 4 would be a day of liberation and Disclosure announcement!!! Dear Ones as you are learning from a number of sources, the point has been reached when Divine instructions have been given that action shall be taken without delay to announce our presence. We have shown extreme patience and given your leaders plenty of opportunity to take the steps called for to release you from the control of the Illuminati. We know that they too…

"You are the loving heart of God" It is exciting, my dear, that so many from all over your world are connecting with you at this most auspicious time. This is as it was planned before you returned to Earth; that together, you would restore your planet to the light of truth and justice. You chose to enter different countries and races, knowing without doubt, that one day you would all come together, recognise each other, and work together to awaken those who are lost in the control system, frightened to think for…

Valana commented on the blog post 'CREATING SOCIETIES OF LOVE, THE DIVINE FEMININE RISING'
"ET Hugger, thank you for that info.  I've always wondered what the difference was in a…"
33 minutes ago

ET Hugger commented on the blog post 'CREATING SOCIETIES OF LOVE, THE DIVINE FEMININE RISING'
"You can only edit comments on forum posts, not on blog posts. This is a blog post, that's…"
48 minutes ago

Valana commented on the blog post 'CREATING SOCIETIES OF LOVE, THE DIVINE FEMININE RISING'
"Agathar, some of the message boards do but some do not. Now it could be my computer but do you have…"
55 minutes ago

ET Hugger commented on the blog post 'Accelerating Ascension: Transitioning into 4th Density Consciousness with Corey Goode January 11, 2020'
"It seems that channeling has become less popular these days or perhaps I haven't been…"
58 minutes ago

Valana commented on the blog post 'CREATING SOCIETIES OF LOVE, THE DIVINE FEMININE RISING'
"I'm sorry it's HERMETIC laws....no way to  correct and it's hard to see until…"
4 hours ago

Valana commented on the blog post 'CREATING SOCIETIES OF LOVE, THE DIVINE FEMININE RISING'
"From the High Commander to the Coloonel: "Hey Bro, what can we do? We might as well learn to…"
4 hours ago