THE CODE: Ten Intentions for a Better World Hey Everyone!  Hot news this morning!  Here is the information from a Wilcock interview...things really "feel" like they are moving!  YEAH!

UPDATE 2:59 PM -- INTERVIEW WITH TOP INSIDER ABOUT IMMINENT MASS ARRESTS
I am on the plane to this weekend's conference in Austin. You are about to hear a stunning interview with Drake, an insider specifically asked by the Pentagon "good guys" to come forward and explain what is going to be done.
I…
Continue

Blueprint for the Golden Age I have been pondering now for a while whether yes or no I would publish on this site. But off we go…

We have been asked to work together, and we are also being asked to use our particular skillsets in this.

My particular skills are in the project management (PM) area: managing a one-time event/change from point A to point B. Getting us to the…

As we move further and further into the Photon Belt this becomes more and more obvious, so for those of U who like to get a headstart here is a sweet link  ;-)

Financial structure collapsing..... Now give me Your money...

Maybe its just me, but I find it real hard to "believe" in beings, sites, channelers, masters etc. who claim to know what is coming, but who in the end will only "reveal" the whole truth if You buy this or that or sign up for their "courses" etc.

I recall what my Reiki Master told me during, or actually right after my initiation:

You have a great gift. A very…

From time to time I read blogs here on ACC about meditation, about Physical vs. Ethereal Bodies, about Astral Travel, about creation and manifestation, and ever so often I feel like.....

Do You even know what You are talking about and very often the answer is:  Apparently Not...

If You have already mastered the aspects of Astral Travel, Creation and Manifestation, then dont waste more of your time on this blog  ;-)

If, however, You are one of…

And so the lord Isaiah went forth and came fifth.

The world is one almighty stage, shame it has so many curtains.

The thing I love most about God is he's big enough to admit when he's made a mistake.

And then Moses stood upon the rock of the shore and held up the staff, with an almighty voice cried for the tenth time you will see the power of the "????".... do you know what bollocks, how many bloody miracles do I have to perform before you lot realise the lord is working…

In a recent interview with David Wilcock, Insider ‘Drake’ stated a comprehensive plan to arrest all corrupt globalist, banksters and the political elite within a 72 hour period involving the closing down of U.S. borders and satellite communications to prevent and out of country money transfers...

ABOUT ASCENSION : Message from S.Germain and Elijah..(Messenger of God for Ascension)

Past memories - Fear - Negativity can be deleted
S.Germain

ELIJAH Message
I am the contact from God who delivers the answers for ascension. Change the controllers game by ascending…
Continue 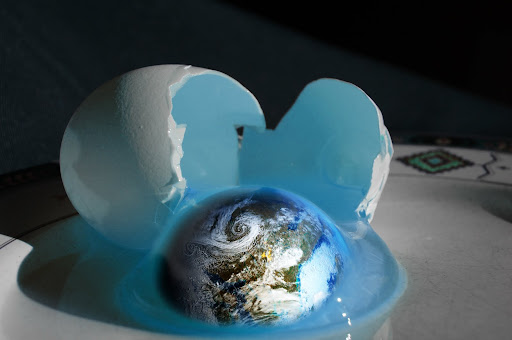 My dear ones I AM Gaia, speaking to you!

You have asked Me to explain what will happen with My body in the near future. There are many who expect Me to move soon in a more dramatic way than I have done so far in the past.

David Wilcock on Divine Intervention - Finally could April be the month?

Lots to read on david Wilcock's new and latest blog on Divine Intervention - better late than never - we were waiting for this one from David - Be ready for a rocky start as we don't know what will happen but we do know that on the other side, many amazing and wonderful things will take place, stay in your heart and out of the old fear program - much love Brett…

The Threshold Bookcast : Chapter 6 : It Can Happen

Chapter 6 : It Can Happen

In this week's edition of the Threshold Bookcast, we follow Jake Harvey as he visits the illustrious Mistress Aeira for a private consultation.

At the beginning of the episode, the former businessman reminisces some of the events that have lead him to the political arena, and ponders what…

‎'Mario' yes Lord, why have none of my children honoured my word... I think lord its because your not hip, what do you mean brother, "that's exactly what I'm talking about, you just cant go around any longer calling people brother and sister it just don't wash. 'Bruv' OR 'Siss is ok, oh I see, and what of my parables, well you could have re spoken them with a bit of humour, give me an example then bruv, god your a quick learner well I am the lord…

The thing I love most about God is he's big enough to admit when he's made a mistake.

CHRIST THE SON - CHRIST THE MANU :The chifting of the collective to Christ Conciousness. WELCOME BACK CHILDREN OF THE OMNIVERSE.

-  I am the wind and the rain. Iam the sun and all that shines. Iam the All of All-ness. Iam the Nothing

of No-thingness. Iam All That and more.I AM THAT I AM.-

I´d like to introduce our fantastic creator the "Big Cheese" Christ Michael of Nebadon.

When I read this posting this morning it warmed my heart and made me miss my dad. Hope this brings you pleasent memories as well. :) All credit to the author, link and full article posted. Enjoy.

The way of the master

Krishna Kalki replied to the discussion 'Here We Nominate Rishi Sunak Chancellor of the Exchequer As The Biggest Fool Of The Century'
"Any penny he has given out must be returned or taken out of his pocket ..he has actually given…"
1 hour ago

Hellen replied to the discussion 'ACTION BULLETIN: Prepare for all-out war against the Luciferians; prepare to remove all governors and mayors who are China puppets engaged in treason, DNC pedophile rings to be exposed'
"yes, I read this article it seems'' they are well armed to the teeth.'' They…"
4 hours ago

That moments when nature takes your breath away

Hellen commented on the blog post 'What David Icke has to say about what's been unfolding this year.; VIDEO, 10 min.'
"   I saw this video he talking about the hypnotic spell that has control humanity for…"
5 hours ago

"The Chinese empire is no longer "CELESTIAL," even for life-president Xi Jiping, who had…"
5 hours ago