Your Software is Your Path to New Communications ~ Brenda Hoffman - January 31st, 2013

Some dilemmas in the next few days will not have comfortable 3D solutions...your 3D life often requires more attention than you would like....With your new software, you will expand your search functions to include memories and patterns you could not easily access in 3D...Just as you needed to learn how to use a computer before you could explore the internet, you are…

Meline Lafont: A personal message to Me from the Ascended Masters of the Far East ~ Step 2: knowledge for the Transmutation in the process of transformation. (This channeling is actually a personal message to me. These Masters are known by the book of “Life and Teachings of The Masters of the Far East” by Baird T. Spalding, a wonderful book I was told that, unfortunatly, I have not read yet. They came in early November to give me guidance in my Transformation and Transmutation process… As channeled by Méline Lafont

Precious beings of Light, my friends and… Mytre and I had quietly listened to the Arcturian’s latest Transmission to Earth. We realized that this message also meant that we would soon be bi-locating to the timeline of our Pleiadian ascension. Mytria had been telling me…

Something’s Coming … and Has Arrived by Steve Beckow Universal Cities of Light, Love and Healing, which Genii’s husband Charles has…

Note: This writing is quite long, so you may want to read it in segments.

As a human race, we feed methods of running this world that simply do not work for us. It is clear to the majority of people on this world that the ways we’ve been treating it and each other have been doing us no good and will not help us achieve a prosperous and peaceful future as we rightly should be, as a…

The Ascended Masters: Your Power as a Collective is Absolutely Enormous

Humanity is and will continue to be reflecting the pure vibrations being pumped into dear Gaia’s Light grid, and you can all help to express these energies and bring them through yourselves as you continue your journey of realizing your power and Godhood. The Grand - Master Universeis the present organized and inhabited creation. It consists of the seven superuniverses, with an aggregate evolutionary potential of around seven trillion inhabited…

~ Sourcing Every Action From Your Heart ~

The manuscript of survival - part 261

The manuscript of survival - part 261…

Transcript of the first conversation with OPPT trustee Heather Tucci-Jarraf

A conversation with Heather Tucci-Jarraf Dreams, Meditation, and Other Interesting Things... Last night while waiting for the very first Universal Perception training class to begin, I sat comfortably on my bed; warm, plush, hand-made blankie, being kept company by some of my crystalline Friends.

I sat in Sunspace; the tunes of ultra-low delta brainwave frequencies {0.5hz} singing me into Never, Never Land,…

Do you ever feel like your emotions are so intense, you’d just rather not experience them? These may be toxic emotions, like anger, jealousy, or guilt. But they may be neutral or even positive, but the intensity of the feeling is almost too much to bear. While fielding questions in the heart of NYC’s Union Square for The Chopra Well series, SPIRITUAL SOLUTIONS, Deepak was approached by Kersten with the predicament: “How do I deal with extreme emotions?” In the past,…

Get To the Point, That Silent, Still Point... - Divine Self Knows That You Long For Home! ("Oneness" Clarified!) /channeling/Channeler: Simon NightStarr 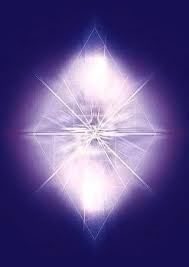 There is great power and wisdom in finding inner Stillness and Silence even while the mind is in its jungle, swinging from tree to tree. *** Dear spiritual seekers, let Me remind you that there is great power in YOU! This forum is about YOU. YOU have center stage.… Centuries ago, Count Saint Germaine established a special world trust that was matched in the East by Kwan Yin. These two treasuries are now to pay out a vast fortune that will bring prosperity to the Earth plane.

For you all to experience the awakening is unavoidable, Jesus by John Smallman We always return to your heart. - channeled by Ron Head Our purpose today will be to point out to many of you the tools which you have on your personal workshops, and which you do not recognize, understand, or give credence to due to the…

Carolin Radcliff commented on the blog post 'OUTPOURING OF LIGHT, SEVEN SACRED WEEKS, ARCHANGEL METATRON'
"So be it and so it is!"
6 hours ago