In the Library of Sophia (Philo Sophia), is a book that contains letters in the form of symbols / glyphs / key codes. These have been created from light - black fire on white fire to create ‘fire…Continue

First Contact - Eratoo, the start of a beautiful friendship.

It started with a blue and white ‘aircraft’ or more accurately - propulsion system. It appeared hovering above trees giving no sound as it was doing so. Most unusual to see an aircraft of sorts…Continue

The Importance of Love

Love makes the world go round – we have all heard this before. We will ask you to attempt something not easy in today’s world. We ask that you try your utmost to love every single person you come…Continue

I did not know what I was looking for,But I asked for help to find it.It arrived,not as a knock at the door,But a tornado that filled up inside me,As though my head and heart would burst.I thought a…Continue

In the Beginning - Cosmogony

In the beginning, it was dark and very quiet.

The Father could not see the Mother so he called for light and there was light. In their joy and love having found each other, they created a Child which was both a son and a daughter for that is how children were to begin with.

The Father, the Mother and the Child were a family.

The Father desired to build the family a home and gardens so he called for the Architect. The Architect thought and designed plans to create a house with many rooms and many gardens and waters and many other such places.

The Child saw that the creatures wandered around of their own free will and thought they would lose themselves amongst the many places - especially the creatures that thought they knew who they were but had forgotten who created them. So the Child put a tiny spark of Holy light deep inside each and everyone of the creatures, so that if they ever got lost, they could always find their way back to the Father and Mother just by looking for the tiny spark inside themself. The closer they got, the more the light would grow until they would finally know they were home again.


The Breath of Intelligence became aware of itself and is called Alpha.
The Smallest Particles of Matter became aware of itself and is called Omega.
In time, an Arch of Awareness joined Alpha with Omega and the effect created Light.
The Light revealed to them that they were absolute opposite and equal with potential to create.
The combined Awareness of Alpha and Omega created a third aspect – the Son / Daughter as the Christ Light.
The Three are whole and perfect as the Holy Trinity, Father, Son / Daughter, Mother.
The combined aspects are Intelligence – Awareness - Matter creating the I AM
This is the Primary Consciousness – Intelligent Matter.
All Intelligent Matter has Awareness. Awareness as a manifestation is called Energy.
All Energy is an aspect of I AM.

It arrived,
not as a knock at the door,
But a tornado that filled up inside me,
As though my head and heart would burst.
I thought a few friendly words of encouragement would be enough,
Not a torrent of knowledge greater than any library could hold.
I had searched the Whole Wide World for the answer,
Only to find a secret place inside me,
And the voice with all the answers was my own.
The rushing muddy waters led to a clear still lake of mindless tranquillity
With boundless shores.
I looked into the abyss and found all the caves empty,
The Divine Named occupants long since dealt with.
Each dark place had been filled with Light,
And the vessel had transformed into a Light Body.
I had transcended and God was looking through my eyes and walking with me.
I had reached the GOAL – Gift Of Absolute Love.
Ascension – God as an individualized vessel of spirit and I was still me.
I AM with YOU and I AM all that is. The Atomic Structure of Silicon - the next phase in human evolution. The Emerald Tablets of Thoth

You have magically re appeared .. great to see you again .. after such a long time .. how are you my friend? .. Love to you my brother O said…
wow Polaris your comment just sent chills up my spine. About 15 years ago in a troubled time a tall long black haired lady said to me " Where your intention goes the energy will follow '' and I just remembered as i read that. So that puts validity to what Abraham said "Just lean a little bit towards what you want and it will begin to fall into place" Luke Skywalker said…
wow.. and I thank YOU Polaris.. it takes ONE to recognise ONE :) Luke Skywalker said…
.. ello :) .. haha.. greetings again my brilliant brother Polaris.. thank you for your kind words.. as always.. yeah I was going to call myself something like ''My itchy cartoon Chakra'' or ''bored string, 2 for $1'' .. but I reckon Pan is where its at .. yeahhhh haha.. its great to see you here as always and ditto my friend - I look forward to your wise and insightfull and always thoughtfull imputs also.. may you feel the LOVE in every now moment brother :o) 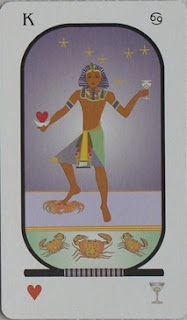 One week ago, I wrote a post about the arrival of a Celestial Being into our Solar System, a further messenger from the far reaches of the Galaxy within the Oort Cloud. Despite several attempts, I was unable to post the status with previous versions disappearing into the internet ether.

All that you are presently is not your true nature for there are many transformations required to take you through your Ascension process. The body you reside within must change form and release its energetic constructs so that the senses no longer control your pattern of existence. Your desires and passions will wane until reason no longer becomes your sole focus to justify your being. It is in surrendering yourself to the process of Ascension that allows the energies to reshape what you… I truly Love You - not because I am seeking confirmation in return. Not because I want to be Loved and need to hear it from another.

I Love the way that Love makes me feel when I think about it, when I feel gratitude for the way I feel and when I can send that Love to another like You.

You know that my Love does not come with demands or expectations or obligations. My Love is sent as a gift for You to do with as You will.

My Love is unconditional and…

Well folks, the "cat is out of the bag", as the saying goes:…See More
3 hours ago
0 Comments 0 Likes

Experience The Power Of Divine Love By Melanie BecklerMelanie Beckler: Hey there! Things can be…See More
17 hours ago
0 Comments 0 Likes