Beautiful Music for you to Experience... :) The Orb

Carl Sagan: How we know the Earth is round :)

Carl Sagan shares his beautiful perspective for why we know the Earth is Round... :) This man is so wonderful!! <3Continue

Too much Politics and not enough Spirituality

Just making an observation that some people in here do nothing but post articles most of which are politically based about one side making the other side pay....Why would anyone think that anyone in…Continue

About Yourself & Spiritual Interests

Me and my friends had decided to spend the night on the beach at a place called Greyhound Rock along highway 1, outside of Santa Cruz California, on Easter night in 1994 :)

(Greyhound Rock, shown in the image below)

Later that night, me and my friend started walking down the beach, and a strange energy came over me ~ like something was about to happen.

It was a warm beautiful clear night.  Truly magical things can happen to us, when we are in places of high energy, outside, under the stars and moonlight, we are more open to higher energies.

But... something deeper and more cosmic was happening than I could have fathomed~

I looked up into the sky and saw 2 Stars start to "move"  after a little bit, they started ~rotating~ around each other!  They were rotating around each other pretty fast and they seemed pretty close.

Both me and my friend were amazed!

I got actually got a little scared for a second and he told me to just stay calm and we kept watching them. Then, the two stars merged into One Star and I saw it fall...

Just then, I felt something go inside of me, almost like I was being impregnated like the spark of life in my Womb happened at that same moment.

My life changed profoundly after that happened, and has been changing ever since, and will continue to change forever.

This experience was so intense and amazing!

I know the present &  future are going to be phenomenal beyond words, so many people have had similar profound experiences, that it tells me something special and amazing is happening on planet Earth.

We all have the power to change our own lives, and this world for the better.

I know and believe we are part of a bigger plan in this Universe and that truth will be revealed to us as time moves on and dissolves, our consciousness will become one, and we will work with the engineers that are creating Heaven on Earth.

Your Teachers and/or Spiritual Sources of Inspiration
I learn the most from Beings that touch me on a deeper level.

Your Goals, Visions and Desires
To assist in the engineering of Heaven on Earth.

For consideration: There is no "Illuminati" But the real question is WHY do they…

Music is the Master Healer

Music is the Master-Healer.  We are all in good hands if we look inside ourselves to Manifest Heaven on Earth :)

Jill Renee Feeler: How to Live Your BIG Dreams!

Jill Renee Feeler: How to Live Your BIG…

Teal Scott : How to Awaken the Divine Feminine Within! 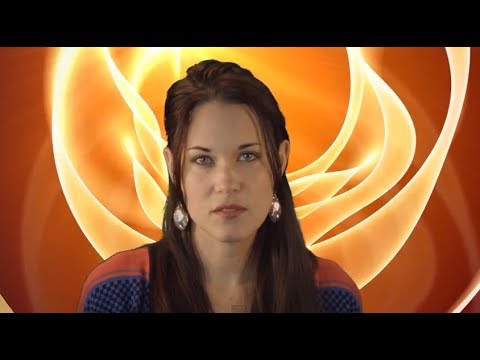 Teal Scott : How to Awaken the Divine Feminine Within!

Hope you are also well .. did you know they are making another Blade Runner movie? .. yeah .. Blade Runner 2 ... hmmm .. not sure how I feel about that  .. Lol .. I love Blade Runner .. I saw it in 1982 when it was first released .. well I walked into that cinema a boy and by the time I came out, I was a slightly older boy, by about 90 minuites ... I thought it was the coolest movie ever made and I went home and started to decorate my bedroom like Deckards apartment .. by sticking egg boxes on the wall .. Lol .. still waiting for the flying cars ...

What did it for me was the music .. when the charactor of Pris enters the screen, Darryl Hannah .. I thought wow .. there she is .. theres my Twin Flame .. Lol .. but it was the music at that point that blew my mind .. and its the same music that I have on my page .. glad you like it too ..

May you experience lots of love, laughter and joy this Christmas and beyond! Thank you for being a friend, Delilah, and for sharing your amazing experience with us all! Much Love and Light <3 Hi Delilah ;) its good to know that you're always up and about ;) and in good Spirit ;)

much inner peace and lots of energy to you Dear!

Hi Delilah, how are you? It’s been a while, so just stopping by, sending some good energy your way … hope you are ok, healthy and in good spirit ... ;) much inner peace and light Hellen replied to the discussion 'WORLDS BIGGEST FALSE FLAG ...THERE IS NO VIRUS . ...ITS A FALSE FLAG AND MORE TO COME By PLEIADIAN EXTRATERRESTRIAL CONTACT .. HIGHLY RECOMMEND'
3 hours ago

Andronover replied to the discussion 'WORLDS BIGGEST FALSE FLAG ...THERE IS NO VIRUS . ...ITS A FALSE FLAG AND MORE TO COME By PLEIADIAN EXTRATERRESTRIAL CONTACT .. HIGHLY RECOMMEND'
"The media is hyping up the "danger" with this virus"
4 hours ago

Andronover replied to the discussion 'WORLDS BIGGEST FALSE FLAG ...THERE IS NO VIRUS . ...ITS A FALSE FLAG AND MORE TO COME By PLEIADIAN EXTRATERRESTRIAL CONTACT .. HIGHLY RECOMMEND'
"https://twitter.com/ColoradoWinds/status/1245775413164433409"
4 hours ago

Andronover replied to the discussion 'WORLDS BIGGEST FALSE FLAG ...THERE IS NO VIRUS . ...ITS A FALSE FLAG AND MORE TO COME By PLEIADIAN EXTRATERRESTRIAL CONTACT .. HIGHLY RECOMMEND'
"http://www.starshipearththebigpicture.com/2020/04/03/the-early-edition-for-april-3-2020-humanity-ris…"
4 hours ago

Roberto Durante liked amparo alvarez's blog post DIVINE MOTHER: ~ I do not call it “virus”, I call it “THE PAUSE”
5 hours ago

Andronover replied to the discussion 'WORLDS BIGGEST FALSE FLAG ...THERE IS NO VIRUS . ...ITS A FALSE FLAG AND MORE TO COME By PLEIADIAN EXTRATERRESTRIAL CONTACT .. HIGHLY RECOMMEND'
"The children are being brought up from the underground DUMBS and taken to the two ships docked in…"
5 hours ago

Andronover replied to the discussion 'WORLDS BIGGEST FALSE FLAG ...THERE IS NO VIRUS . ...ITS A FALSE FLAG AND MORE TO COME By PLEIADIAN EXTRATERRESTRIAL CONTACT .. HIGHLY RECOMMEND'
"The children kept underground {Its starting to trickle out } are having a hard time breathing above…"
5 hours ago