I had a very different dream this morning. I awoke early this morning and decided to go back to sleep for another hour or so because I had woken so early. I had a dream that something big and significant is about to happen this year and not next year as many are saying. By November there will be massive changes in the way the World works and exists?

Can anybody help interpreting this?

The messages I was receiving were very strong, I can hear everything now as audibly as I heard it last night. I was with a group of people, surrounded by aura's of white and gold light. The furst of them was my Father, I do not know the others but they were very, very old souls that gave me a feeling of Wisdom and understanding whenever I thought of them.

The first message I received from them first stated that "the time is coming NOW". We proceeded to talk, but not talking as such, rather a kind of speaking in thoughts. I was shown the Earth, the society that inhabits it, the way we treat this planet and how everything has escalated so rapidly over the last few years but being seen with a blind eye by most.

My Father turned around to me and said, "My boy (he always used to call me that), when it comes, DO NOT look back, just do it, do it NOW!" "Don't look back! The way is there!"

His voice was not one of fear, anger or of a raised tone to make anybody worry, it was a tone that felt like it was saying "It's ok, but this is what you need to be doing".

The group of us proceeded to move into a 'portal' or 'circle' of golden and white light that felt exhilarating, a feeling of being at one, at home -  to which I woke up.

Anyhow, I hope somebody else may help me gain a bit more understanding into this dream. 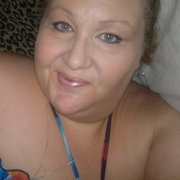 i had a really interesting dream the other night. I was having a conversation with a spirit,…
See More

Hi, I just had a dream involving lizards, lots of lizards, lizards of all sizes colours even…
See More "I love dreams like those. There've been a few but I had one recently as well where a couple people…"

I need help with some dreams I have been having. They are different every time; place, time, who I…
See More 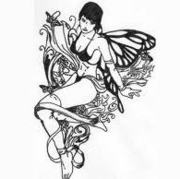 I have always had very vivid dreams, I have done a lot of research and begun to understand my…
See More

"Spiritually you need to have access to the characteristics of the unconscious,it will always take…"

Hello Brother & Sisters! So when I was a kid, I used to have a reoccurring dream where I would dig…
See More 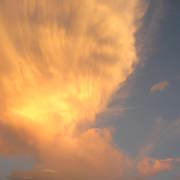 i used to like an anime show called dragon ball z, in fact it was the first anime i watched ever. i…
See More
More…
Loading ...