The three fundamental elements of music are rhythm, melody, and harmony.

A=432 Hz, known as Verdi’s ‘A’ is an alternative tuning that is mathematically consistent with the universe. Music based on 432Hz transmits beneficial healing energy, because it is a pure tone of math fundamental to nature. According to Brain T. Collins, a musician and researcher, the standard pitch (A=440 Hz) does not harmonize on any level that corresponds to cosmic movement, rhythm, or natural vibration. The greatest musicians, such as Mozart and Verdi, based their music on the natural vibration of A=432. It’s true that it is only 8 vibrations per second different from the standard tuning, but this small difference seems to be remarkable to our human consciousness.

There’s a growing musical and metaphysical movement for recovering optimal integrity in the music industry and spirituality through the 432Hz tuning. In April 2008 Dutch journalist Richard Huisken founded the ‘back to 432 Hz’ committee, claiming that this original tuning was used in ancient cultures and is found on antique instruments like the Stradivarius violin.

According to Richard Huisken, music tuned to 432 Hz is softer and brighter, giving greater clarity and is easier on the ears. Many people experience more meditative and relaxing states of body and mind when listening to such music. The natural musical pitch of the universe gives a more harmonic and pleasant sound than 440 Hz.

432 Hz seems to work at the heart chakra, “the feeling”, and therefore could have a good influence on the spiritual development of the listener. Some people who are not able to distinguish the 8hz difference claim they can feel the music warmer due to the longer wavelength.

Because 432 Hz gives a greater clarity than 440 Hz, there’s less need to play it as loud as 440 Hz. This means less hearing damage, as long as you put the volume not too high. Furthermore there’s also less noise pressure. Researchers and musicians, such as Coreen Morsink (pianist and music teacher), report that they feel calmer, happier and more relaxed when playing music at 432Hz.

Music based on this natural tone is more transparent, more marked, gives an obvious musical picture and the overtones and undertones moves more freely. Music based on 440 Hz represents stuffed emotions and blocked energy. By lowering the pitch by just 8 Hz, you became more flexible and spontaneous. The 432 Hz tuning releases your energy and takes you into a beautiful state, where relaxation is natural.

Where does it come from?

According to Ananda Bosman, international researcher and musician, archaic Egyptian instruments that have been unearthed are largely tuned to A=432Hz. Ancient Greeks tuned their instruments predominantly to 432Hz. Within the archaic Greek Eleusenian Mysteries, Orpheus is the god of music, death and rebirth, and was the keeper of the Ambrosia and the music of transformation. His instruments were tuned at 432Hz.

Guiseppe Verdi, an Italian composer, placed A exactly at 432 Hz. He did this because this tuning is ideal for opera voices. Jamie Buturff, sound researcher, found out that some Tibetan monks used this tuning in their hand-made instruments. He put a CD with Tibetan singing bowls into his player and used a Korg tuner to discover that the bowls were all harmonic to the 432 music scale.

This musical tuning can be found throughout various religions and cultures of the ancient world. It seems that implementing it into the musical instruments was a good choice. Even today, many musicians report positive effects from retuning to 432 Hz, such as better audience response and a more laid-back feel to their performances.

Why the modern world forgot about this tuning

This is because in 1885 it already had been decided that A at 440 Hz had to be the standard tuning. A year earlier, Guiseppe Verdi wrote a letter addressed to the Music Commission of the Italian Government. In the letter he writes:

Unfortunately, the great composer was unsuccessful in his attempt. The American Federation of Musicians accepted the A440 as the standard pitch in 1917. Around 1940 the United States introduced 440 Hz worldwide, and finally in 1953 it became the ISO 16-standard.

There is a theory that the change from 432Hz to 440Hz was dictated by Nazi propaganda minister, Joseph Goebbels. He used it to make people think and feel a certain manner, and to make them a prisoner of a certain consciousness. The Joseph Goebbels theory is certainly interesting, but the true reason of the shift to 440Hz is still not clearly explained.

Before 440Hz became the standard, a variety of tunings were used. The controversy over tuning still rages, with proponents of 432Hz claiming it as being more natural than the current standard. Because of that, the “back to 432Hz” committee wants to get people acquainted with its qualities, and therefore hopes that the industry will change the musician standard.

However, changing the current standard won’t be a simple task, and it’s not because of the influence of any nefarious organization. In my opinion, the reason is more trivial. Most musical instruments can be adjusted in principle, but it’s not so easy for every instrument. For example, most woodwind instruments cannot play in 432Hz because changing the pitch will also change the internal harmonic structure of the whole instrument. The change would require building new instruments.

The Schiller Institute in Milan Italy on April 9, 1988 launched a campaign to lower the international standard musical pitch to middle-C=256 cycles per second (A=432 cycles per second), in order to preserve the human voice and to return the performance of Classical music to that of the classical composers' poetic intentions.

Bach's 440 hz only touches 8, leaving out an entire section of the complete musical resonance of the universe, which thus remains untouched and unintegrated within the 440 hz music of today

"An original new connection of geometry, astronomy and sacred sites to music theory. The international standard of tuning is 440 Hz = the note "A". set in stone by J.S. Bach when the correction to 432 is made, the others notes of the entire octave display a multitude of Gematrian ancient sacred numbers that are astoundingly relative to astronomy, sacred geometry, The Bible and other mysterious literary works such as the Bhagavad-gita and exact longitude and latitudes and hundreds of pyramids and other sacred sites.

Reasons to change the standard of tuning from 440 to 432
Harmonically aligns to astronomical time count of Precession of the equinoxes, 432 X 60 = 25920
The original Stradivarius violin was designed to be tuned to 432, it is the most precise instrument ever constructed by humans. 432 is found at countless ancient sacred sites over 2,000 signatures on a petition to the Italian government to change the standard to 432 due to the registers ripping many opera singers voices in 440
The most important of all is when the correction to 432 is made, the others notes of the entire octave display a multitude of Gematrian ancient sacred numbers that are astoundingly relative to astronomy, sacred geometry, The Bible and other mysterious literary works such as the Bhagavad-gita and exact longitude and latitudes and hundreds of pyramids and other sacred sites.

432Hz is based in nature and therefore it generates healthy effects among the listeners. It brings natural harmony and balance of the 3rd dimension and connects you with a higher consciousness. The pure and clean energy of 432Hz removes mental block and opens a way to a more fulfilling life.

There exists an intimate connection between the planets, vibrations and musical beats, sounds and colors which reach as far as microcosmic vibratory qualities of a single cell.

When musical instruments are again tuned at 432 cycles per second harmonics is produced. This will be healthy for the body as well as the planet.

Pythagorean tuning
Pythagorean tuning is a system of musical tuning in which the frequency relationships of all intervals are based on the ratio 3:2. Its use has been documented as long ago as 3500 B.C. in Babylonian texts[1]. It is the oldest way of tuning the 12-note chromatic scale and, as such, it is the basis for many other methods of tuning
Pythagorean tuning is tuning based only on the perfect consonances, the (perfect) octave, perfect fifth, and perfect fourth. Thus the major third is considered not a third but a ditone, literally "two tones", and is 81:64 = (9:8)², rather than the independent and harmonic just 5:4, directly below. A whole tone is a secondary interval, being derived from two perfect fifths, (3:2)²/2 = 9:8.
In equal temperament, and most other modern tunings of the chromatic scale, pairs of enharmonic notes such as E flat and D sharp are thought of as being the same note — however, as the above table indicates, in Pythagorean tuning, they theoretically have different ratios, and are at a different frequency. This discrepancy, of about 23.5 cents, or one quarter of a semitone, is known as a Pythagorean comma.

Pythagorean comma
In Western music, 12 perfect fifths and seven octaves are treated as the same interval
In music, when ascending from an initial (low) pitch by a cycle of justly tuned perfect fifths (ratio 3:2), leapfrogging twelve times, one eventually reaches a pitch approximately seven whole octaves above the starting pitch. If this pitch is then lowered precisely seven octaves, it will be discovered that the resulting pitch is 23.46 cents (a very small amount) higher than the initial pitch. This microtonal interval is called a Pythagorean comma, and sometimes called a ditonic comma.
Put more succinctly, twelve perfect fifths are not exactly equal to seven perfect octaves, and the Pythagorean comma is the amount of the discrepancy.

Harmonics and the Speed of light

Music is a universal language tying human emotions to the declarations of truth for the soul's benefit. At its best as a rigorous production of beauty, the listener is moved by the inner workings of the listener's own creative mind. With few exceptions, humans love to listen to music. Nearly everyone has musical aspirations.

There are lots of people on YouTube that converting 440hz to 432hz, of course it's a slow process and not all music in 432 but we can try to uplift usselves by mixing 'good and bad' - here a few, and it sounds different. 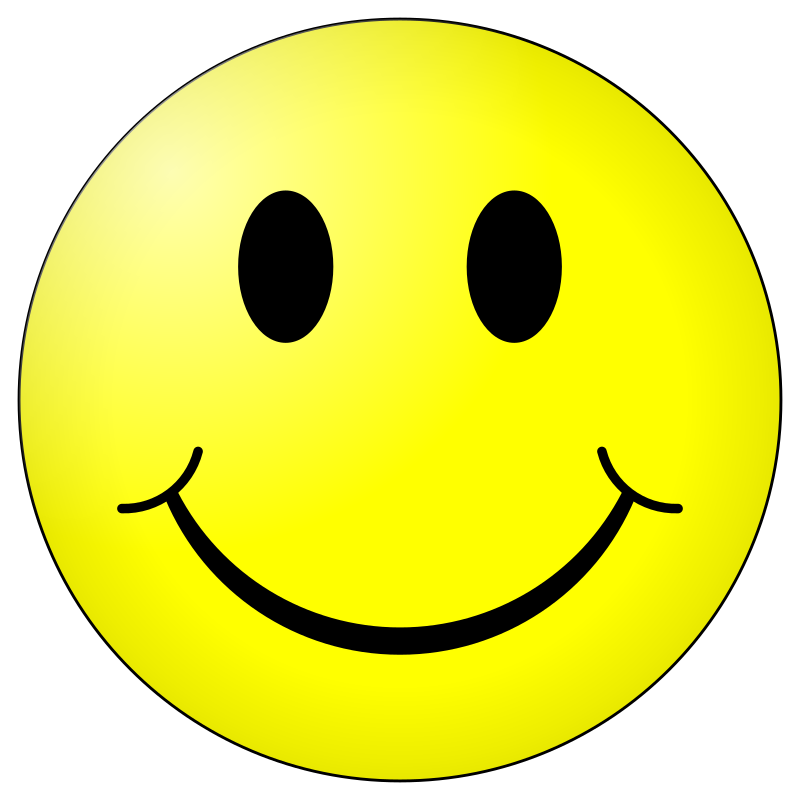 true Sylvain, the whole Universe made up of music ;))

Ludvig Roth liked amparo alvarez's blog post IVO OF VEGA: THE BATTLE OF LIFE...VERY GOOD ADVICE FROM HIM>..
4 hours ago

Ludvig Roth commented on the blog post 'IVO OF VEGA: THE BATTLE OF LIFE...VERY GOOD ADVICE FROM HIM>..'
"Thank you Amparo, thank you Ivo...I needed to hear that...so much anger still there"
4 hours ago

We Are One commented on the blog post 'It's Time'
"Yes, I am more than ready! Thank you!"
8 hours ago

Carolin Radcliff commented on the blog post 'THE 9D ARCTURIAN COUNCIL - DON'T WAIT FOR THE EVENT/SOLAR FLASH'
"Lol, some people even work hard at having fun."
14 hours ago

Carolin Radcliff commented on the blog post 'IVO OF VEGA: THE BATTLE OF LIFE...VERY GOOD ADVICE FROM HIM>..'
"Well put!"
14 hours ago