A Georgia mom fed up with the state’s irrational and unscientific mask mandate for schoolchildren lectured the local school board in a recent video that speaks for millions of Americans.

“Every month I come here and I hear the same thing: Social, emotional health,” Courtney Ann Taylor told the Gwinnett County Board of Education on April 15th. “If you truly mean that you would end the mask requirement tonight. Tonight.”

“This is not March, 2020 anymore,” she continued. “We have three vaccines. Every adult in the state of Georgia that wants that vaccine is eligible to get it right now and every one of us knows that young children are not affected by this virus. They’re not. And that’s a blessing.

“But as the adults, what have we done with that blessing?” she asked, rhetorically. “We’ve shoved it to the side and we’ve said, we don’t care. You’re still going to wear a mask on your face every day, five and six year olds. You still can’t play together on the playground like normal children, seven and eight year olds. We don’t care,” she added, her voice cracking from emotion.

“We’re still going to force you to carry a burden that was never yours to carry,” she went on. “Shame on us. My six-year-old looks at me every month before I come here and she says: ‘Are you going to tell them tonight? Tell them I don’t want to wear this anymore.’ And I say, baby, it’s not time to fight that battle yet. I try to explain that there’s so many things, but it’s April 15th, 2021.”

“It’s time — take these masks off of my child!” she declared. Her remarks drew rousing applause from the parents in the audience.

“Forcing five, six, seven, eight, and nine year old little children to cover their noses in their mouths, where they breathe for seven hours a day, every day for the last nine months for a virus that you know, doesn’t affect them,” she continued, tearfully. “That is not in their best interest.”

“And this has to stop,” she added. “Defend our children. My six-year-old can’t come up here and say this. It has to stop. Take these off our children!”

The CDC’s latest figures show that there have been 266 COVID-19-related deaths from COVID-19 out of a population of 74.2 million young people since the pandemic began. This is a survival rate of 99.9997%.

In October, the Annual State of Mental Health in America showed that anxiety and depression nationwide had hit an all-time high, and was hitting ‘young people the hardest.’ Its key findings:

“It has to stop. Take these off our children!” Hear, hear.

Tags: masks off
Email me when people reply –
Follow 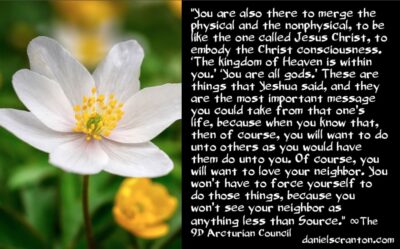