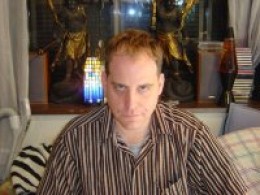 The ongoing global financial war is reaching its final stages. Multiple reliable sources in three continents are all now reporting that a major breakthrough in the financial logjam is imminent. We can confirm from our own sources (including MI6 and Japanese military intelligence) that a large delegation descended on Washington last week and read the riot act to the Washington D.C. establishment. They have been informed the Federal Reserve Board must be shut down immediately and the new financial system must be implemented or else the United States would be totally cut off from the world. The military is also close to open revolt with more than half of the military supporting a total clean up of Washington D.C., according to a CIA source. The Washington establishment therefore faces a choice between stepping aside and facing a truth commission or else arrest, civil war, chaos and eventual death for all members of the ruling cabal. We believe that sane minds will prevail in such a situation and that a peaceful resolution is imminent. However, it is not over until it is over.
Last week the Chinese were on the verge of helping the US government kill the supporters of the new financial system in Washington until the Japanese government intervened to provide protection. There were then discussions with the Chinese. They were given an explanation of the inner workings of the international financial system and were also made an offer. They were told that over 90% of the dollars ever created were not owned by Americans. People who own those dollars do not want them to become worthless paper when the Federal Reserve Board implodes. Instead, all dollars earned through honest work (i.e. not through derivates or other types of fraud) would be backed by gold. These gold backed dollars would then be renamed. The Chinese want to call it the Renminbi. The Rothschilds want to call it the Hong Kong dollar. Our proposal is to call it the Hong Kong yen (pronounced yuan in Chinese). Many details will have to be worked out by experts. However, it is certain that never again will it be possible for private individuals to manipulate the world through the creation of money. The Chinese insist the creation of new money should be a job run by the government and this was agreed to by the concerned parties.
A high powered Japanese government delegation will be going to the Philippines towards the end of the year to deliver Chinese gold taken there in the 1930’s to China to be used for the purposes of backing up their dollar holdings. The Japanese delegation, led by Japanese government's "number two man", Hajime Ishii, will also be given presentations about suppressed technology. I will also be going there to give them some ideas about a new structure of global governance.

The Chinese want to move the UN headquarters to Laos for it is the site of some of the most ancient and pristine Asian culture. This seems like a nice idea. Of course the UN is now an extremely dysfunctional organization and will have to be totally revamped. It now serves as a global control mechanism for the victors of World War 2. This will be fundamentally changed. In addition, the functions of the World Bank will be moved to China, probably to Hong Kong. All current World Bank employees will have their track records examined and only those who have contributed positively to the planet will be re-employed. The IMF will be disbanded for it has only caused misery and poverty throughout the world. It has functioned mainly to steal resources and property from the people of the world. In its place the Japanese will set up a new institution that will function to ensure the safety and stability of the global financial system. Hopefully it will be headquartered in Osaka.
All of these institutions will be set up as meritocracies. Anybody will be allowed to take the exam to join them. In addition, there will no longer be places at the top reserved for people of specific ethnic backgrounds. The new organizations will all be very busy since the entire commercial structure of the planet will be changed. The industries that are expected to vanish or shrink dramatically include: petroleum, war, nuclear power and pharmaceuticals and automobiles. Companies in these industries will need substantial help to transform themselves. Petroleum industry, for example, could be changed into a geo-engineering industry. Armaments folk will move into space exploration. The automobile industry will start to manufacture anti-gravity scooters. Transformation of all the obsolete industries needs to be carried out in a manner that causes as little social disruption and dislocation as possible. In addition, all countries will have to agree to submit to the international court of Justice. Disputes between countries should be settled through negotiations or else in court. However, it might be possible for countries to also agree to settle disputes through ritual warfare. They could, for example, each send 10 of their best martial artists to a desert island to duel it out but no killing will be allowed. The winning country will then get a more advantageous settlement of whatever the dispute was. In any case, humanity is about to be freed from the grips of a horrific cult that has killed hundreds of millions of people over the years. Most of the 800 US military bases world-wide may well be shut down. The US military will have to be transformed into an entirely different organization dedicated to planetary defense and big projects for humanity. We are headed for an unprecedented historical transformation. Hang on to your hats. Benjamin Fulford

Read more…
Started by James McConnell in Spirituality In General, Channeling and Channeled Messages, and Ascension and Awakening
0 Replies
Views: 699

"I have no issue with Iranian people, nor Afghan people and sometimes the dogmas of political control can interfere in lives and need to be highlighted...
I will gift Roaring and all those interested, with a tour of Kabal, obviously a virtual one,…"

In the sunny country of Kem, during the Khafre dynasty, I understood the need to return to the right path, to shape my own heavenly path. Recapitulating the mysteries of the sacred land of the mighty Nile, I was…
See More

"I too like Persia so much. It is there where many modern concepts, we take for granted, such as human rights and religious tolerance was spearheaded. Cyrus was a great leader. However, I beleive that there is a deep connection between shiism and…"

"I have no issue with the ancient Persians of Cyrus...Noting that they were not moslems then...They were zoroastrians and there are even some practitioners still, in modern Iran...
If you observe the so-called "Islamic Republic," it is but a drop in…"

"These are follish non issues. They should not be one of the basis to hate Iran, the home of Cyrus The Great!😆"

"These are follish non issues. They should not be any basis to hate Iran, the home of Cyrus The Great!😆"

"The question is 'how nude can a woman dress before it is deemed to be a pornography in public?' The answer is it depends on what the society in question regard as 'pornography'. It is an wholly relative issue."
More…
Loading ...