Pumas Punku is perhaps one of the most incredible ancient sites on planet Earth that displays the incredible stone masonry skills of its mysterious builders. Puma Punku means the door of the puma in the native Aymara language. The precision stone masonry found at Puma Punku is both incredibly mysterious and beautiful, but most interestingly, this ancient archaeological site has features that engineers and architects would have a hard time replicating today.

One of the most interesting things about Puma Punku in my opinion is the fact that it is located in the vicinity of Lake Titicaca which is found at an altitude of 3.812 meters above sea-level; by volume of water, it is the largest lake in South America and it is the highest navigable lake on our planet. The origin of the name of the lake “Titicaca” is unknown, according to legends, Titicaca is translated to “Rock Puma”. Locally the lake is referred to as Lago Huiñaymarca, which in Aymara means “The eternal city.” 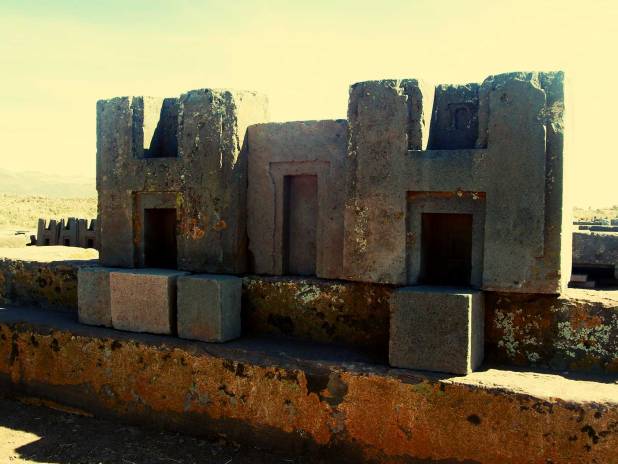 Puma Punku, just like other incredible ancient archeological sites defies ancient mankind’s possibilities thousands’ of years ago. Is it possible that ancient inhabitants of Peru, Bolivia and Egypt had advanced knowledge and technology that allowed them to erect some of the most incredible ancient sites on this planet? Or is it possible that incredible ancient sites like Puma Punku, Tiwanaku, the Pyramids of Giza, and Teotihuacan in Mexico were all built with the use of stone tools and without the wheel? What if ancient mankind used “other” technologies that are completely unknown to our society today?

It is very interesting to know that the andesite blocks located at Puma Punku range from different sizes, some of them have up to seven meters in height, as for their weight, some of the blocks found at Puma Punku exceed 100 tons, so you must ask yourself how is it possible that ancient man was able to cut, quarry, transport and put these incredible blocks of stone into place thousands’ of years ago? 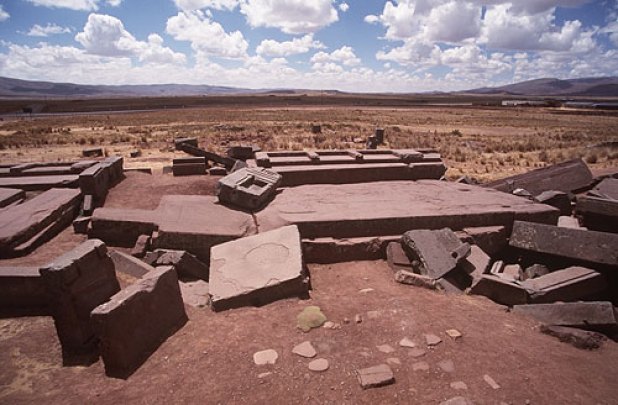 The precision found at Puma Punku is what baffles most of its visitors, the 90 degree carved blocks of stone are fascinating feasts of masonry, smooth surfaces that were impossible to replicate using stone tools and copper. Some of the andesite blocks at Puma Puku even have perforation dots; some researchers believe these perforation marks are in fact marks left by highly advanced tools that were used for the carving and extraction process. Puma Punki is without a doubt one of the most mysterious places on this planet and it is located near Tiahuanaco, less than a quarter-mile northeast of Puma Punku. Scientists believe Tiahuanaco was once the center of a civilization with more than 40,000 inhabitants. Tiahuanaco is probably the greatest Native American civilization that many people haven’t heard of.

Thank you for this.... I was lucky to visit the site 20 years ago with some local (Friends) when i was on a trip in La Paz. I was amazed by the technologies the use.

Bring me back good memories.

Permalink Reply by Cyndi UCstarastralis on September 9, 2015 at 6:37pm

This Video shares what scientist found under Lake Titicaca.

"Titicaca" is Japanese which meaning is "Father and Mother".

Justin89 commented on the blog post 'TWIN SOUL ENERGY REPORT: ALLIANCE HAS WON: 2020 YEAR OF DISCLOSURE'
"one can hope 2020 is when all this all happens but im not getting my hopes up its starting to seem…"
42 minutes ago

Here's Patricia Cota-Robles new and uplifting message about the next 10 years to enjoy. Infinite…See More
6 hours ago
0 Comments 0 Likes