A new interview with Bob Dean, broadcasted on March 19, 2012
This time he reveals more about his experiences with his galactic contacts.
Previous interviews can be found at: Project Camelot 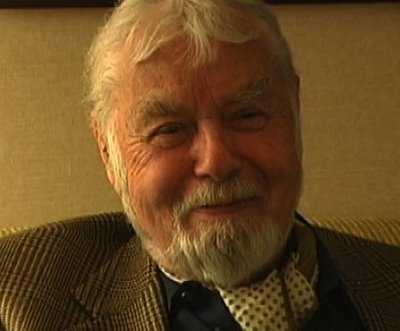 Bob discusses his top secret clearance that inspired his work to raise awareness about the presence of extraterrestrials, UFO’s and the government cover up of the extraterrestrial presence and beings from other worlds.

He talks about how he has been aboard ships several times as a volunteer and that the ships are several miles across. He describes ET’s as looking very much like us, but taller, that they communicate telepathically, are able to time travel, and are much more spiritually advanced, and are able to manipulate matter and time.

He discusses his six week visit with them in 2003 when they showed him the Akashic history records of Earth, and he was told that humans have a unique genome and come from several civilizations.

Bob shares how extraterrestrials are family, that they’ve been with us since the beginning, and they are here to help us transition into a new race. He shares that we are from the stars and will be joining other civilizations from the stars. He talks about the Galactic Federation, that it does exist, and is made up of advanced civilizations

We discuss Disclosure and he shares his belief that first contact with extraterrestrials will occur very soon, and that the transition for Earth and humans will be at the end of this year. Life as we know it is coming to an end followed by a new and glorious future for the human race.

He shares his belief that humans are spiritual beings, infinite and immortal, that there is a God, and love is the power of the universe.

Very interresting story! But in one point I disagree with Bob Dean: Humanity is ready for disclosure. Many of us are awaiting it more than anything else. Of course for most people that are still unaware of the presence of ETs it will be a quite shocking information. However it is long over due and the pros by far overweight the contras.

What I can't really understand are the decision criterias of which people get physically contacted and which are not. Seemingly often it are those of the military - that is somewhat unfair in my opinion.

This is the link to the interview that doesn't show in the original post:

Hellen replied to the discussion 'The 'Secret Book of Alien Races' translated from Russian'
"   Whitley Schriber the author who 'Communion'' and published other books.…"
12 minutes ago

Hellen replied to the discussion 'The 'Secret Book of Alien Races' translated from Russian'
"Yes, I remember Valana and my sister gave that book she had purchased two or three books at the…"
36 minutes ago

Valana (Patti) replied to the discussion 'The 'Secret Book of Alien Races' translated from Russian'
"Hellen do you remembe what happened when someone gave you that book you told about...I believe it,…"
1 hour ago

Alan liked amparo alvarez's blog post THE MOMENTARY CHOICE YOU MADE TO EXPERIENCE SEPARATION IS ABOUT TO BE REVERSED...
2 hours ago

Hellen replied to the discussion 'The 'Secret Book of Alien Races' translated from Russian'
"  I apologize if someone anyone misreads my story if one is confused about it. I…"
2 hours ago

Alan liked amparo alvarez's blog post NEW MOLECULE CAN HARVEST ENERGY FROM ENTIRE VISIBLE SPECTRUM OF LIGHT - AND THEN TURN IT INTO HYDROGEN FUEL...
2 hours ago

Alan commented on the blog post 'NEW MOLECULE CAN HARVEST ENERGY FROM ENTIRE VISIBLE SPECTRUM OF LIGHT - AND THEN TURN IT INTO HYDROGEN FUEL...'
"Very promissing stepping stone to other forms of Energy desperately needed.  "
2 hours ago