Are You Standing In Your Beautiful Co-Creational Self ? By Caroline Oceana Ryan

Are You Standing In Your Beautiful Co-Creational Self ? By

"Amazing times we're in!" is what people keep telling me, and I can't argue with that!

Some days I feel that "These are the times that try human souls," to update an old line.

In today's Message, the Collective address the fears that many are feeling now -- not only about climate change, but about political comings and goings, and what they might hold.

Please understand, as you read, that the Collective do not oppose or align with any politician or political party in any country.

Whenever I am channeling, I see through their eyes, and I can tell you they have no judgment for anyone, only Acceptance.

Each being or viewpoint is simply another dot of color on Life's mosaic.

If you do find yourself getting angry and taking offense at their words in this or any Message, please ask yourself Why, and go to a deep level as you look within.

I have to do that for myself plenty these days, believe me.

As I have said before, Angry emails will not be read or replied to. The energy of every email I receive reaches me as soon as I open it, before I've even read it.

I too love a good debate, but can we ask ourselves, Who profits from the political divisiveness we see in the US, UK, and other countries right now?

Whose interests are supported when we get angry with one another, seeing one another as "the enemy," instead of realizing that that anger is based on dense belief systems and emotional entrainment, woven into our neural pathways for millennia?

If you and I can't Respect and Allow the other person's input, knowing that "This is just the path that they're on" -- then who will?

If you and I don't stand for Peace, for integration of persons and communities, for Love and respect of all beings -- who will, young Jedi?

Meanwhile, we continue to send Divine Love and Light to our friends in Australia, including all people, trees, air, and wildlife, as they are still working hard to put out the out-of-control bushfires.

We send much Love and blessings of Calm, Peace, RAIN, and Renewal to all there, and to everywhere on Earth,

This week’s guidance from the Ascended Masters, Galactics, Earth Elementals, Fae Elders, Angelic legions, and Archangels known as the Collective:

Greetings, dear ones! We are very pleased to have this time to speak with you today.

Today we again answer a question from a Light Bearer, who asks:

“Could you address the current threat of retaliation the US is facing, as a result of the foreign military leader being killed over the weekend?

Usually I don’t pay much mind to the news, but this time I am concerned.

Can you tell us what to expect, and how we can help, in addition to staying positive?

I have been wondering whether the US could still be in danger of being obliterated through germ or nuclear warfare. I thought that we had passed that test in 1987, through the Great Convergence.

We would say, to address the first question, that often governments or individuals within them stage events in order to provide a distraction from other current events.

This is intended as “a show of strength” that is actually not such, or as a form of retaliation against this enemy or that (whether foreign or someone on their home turf).

Often these events happen quietly and out of the media’s reach, or are well out of the areas they are permitted to report on, and at other times are trumpeted through the media as a way of instilling fear or a false patriotism in the mass populace. 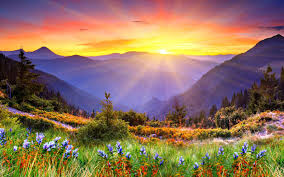 We do not speak either for or against any political party, for most major political parties in militarized countries have done this very thing for centuries, including the US and its allies.

And so though it may appear at times that a government has endangered its people, and those of other countries, we would say, endangerment is mainly experienced as one group’s or person’s view, passed on to another.

There have been numerous times in human history when obliteration of the planet could have occurred, and yet, still you stand.

To take this one moment, purely because of what you have viewed in the media, and to worry or stress regarding potential outcomes of a situation as it has been relayed to you, would be both a waste of time and invaluable life energy, and fairly irrelevant.

We say this because the potential for mass destruction has existed on your planet not only for 70-plus years, but for millennia.

Some of it climate change-oriented, some of it a matter of Earth changes, and some of it militaristic, whether from challenges terrestrial or nonterrestrial.

There are indeed timelines where this has been Earth’s reality, yet you are not currently on such a timeline.

Can we verify and ensure for you that all is well at every moment?

That is neither our role nor our objective.

We are here to assist you on your paths, not to create that path for you by giving you information that, once it became part of your thinking, would actually turn and remold your reality here on Earth.

Nor is that kind of deliberate directing of your path in the interest of your higher selves and spirit guides, who are aware of your human concerns, and who wish to work with you on them, while you live on this planet of fascinating potentials that, yes, can at times make you feel uneasy.

Yet is nevertheless a place of unending play for both imagination and invention.

“Uneasy” is one thing; “desperate” or “fearful, and expecting the worst” is quite another.

You did not come in for this.

You may be aware that the statement “You will not be allowed to destroy yourselves” is one that has been heard by many over the past century or more who have have experienced meeting extraterrestrial beings firsthand, including spending time aboard their craft.

To answer your biggest question, we would concur with that statement, and that includes the threats presented by drastic climate change, war, and shifts of land masses. 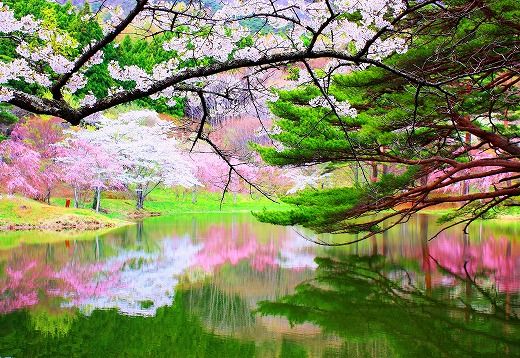 You have billions of ships in the skies above you, hidden from sight so as not to block out the sun or keep you constantly gazing upward, wondering which one will land first, and wondering about the appearance and interests of those within them.

We would think that that would be the main focus of fascination and interest amongst human beings at present, though we cannot advocate expectations of “saviors,” nor are these beings intending to be that.

Yet due to the mental programming you receive while young, your point of concentration is on the expectation of disaster, including war between groups who have labeled certain other groups as “enemies.”

You have been trained to expect little else, over millennia of Earth lives.

And certainly, some of you have viewed wide scale destruction in other lives, on this and other planets.

Yet we would say, You did not come in for this.

You came in, in this era, to help establish a New Earth.

One built on precepts of a far higher vibration and intent than a third dimensional Earth.

So that the notion of mass destruction would belong only to the history books—information stored in crystals and holograms.

The indigenous peoples of this world have long understood that a house divided cannot stand, that being a pre-ancient Wisdom, and not a 19th century one.

This is one reason, among many others, that the old powers-that-were have sought to undermine the very existence of indigenous nations and their seers and healers, who knew the co-creative power of thought, emotion, and intent millennia before any such notion appeared on social media posts.

We would say, What is your intention for your world now?

Are you standing your very beautiful co-Creational ground?

Or are you waiting to hear about your fate, as if it were separate from you—handed to you, and not a thing in which you are fully participating, active, and creating in the moment?

Will you allow others to tell you how to feel about your world?

Will you let them decide for you that it is useless to feel positive and forward-thinking, expecting and envisioning a new, millennia-long era of Peace and Prosperity for the planet?

Or will you grab the reins and decide for yourself how you will feel, rather than allowing them to push the buttons they set into place long before you were old enough to understand how words and images can manipulate?

We would say, that beyond positive thought, there is positive feeling.

And that Now is the time to sink yourself into the beautiful, ever-giving Present Moment, dear ones, and to declare Peace everywhere on the Earth, whether or not you see it demonstrated outwardly.

Take hold of your authorship, your sovereignty, your physical being, which houses your mental/emotional self, and is so much smaller than your spirit, let alone your powerful soul of Light!

Take these into your hands and declare this Earth is yours, belonging to you and every being upon it who stands for Life.

Who loves and cares consciously for the Mother Who has cradled you for so long, and Who desires to heal you and Herself more now, not less.

We do not see mass destruction ahead, is all we will say—but that determination does not come from us.

It comes from you.

We answer you with the voices of many millions of Light Bearers all over the Earth, who are holding places of calm and stillness, of Peaceful well-being and high vibrations for Earth Herself.

We answer you with your own intentions, your own visions, and your own soul purposes—for how could we do otherwise?

How could we describe a New Earth, except that which you and all your loved ones are building, this very moment?

This is your Earth, dear ones—claim your right to live fully and freely and without fear. There is no one to do this for you.

Decide now, and follow the instincts of your highest, finest, most Joyful self, crying to be released and set free to co-Create only that which is for your and everyone’s higher good.

For this you came.

Namaste, dear ones! You are never alone.

Valana replied to the discussion 'Conference on Extraterrestrials in the Vatican – This is what happened'
"Thank you for posting this, Agarthar, I had not read it.  Perhaps the full truth will…"
3 hours ago

Richard Levison liked James McConnell's discussion KaRa (Pleiadian Emissary), and One Who Serves - IN THIS MOMENT RIGHT NOW, YOU HAVE ARRIVED Via James McConnell
14 hours ago

Richard Levison liked James McConnell's discussion Saint Germain, One Who Serves and Shoshanna - ALL IS BEING ORCHESTRATED TO BRING THE POWER BACK TO THE PEOPLE Via James McConnell
14 hours ago